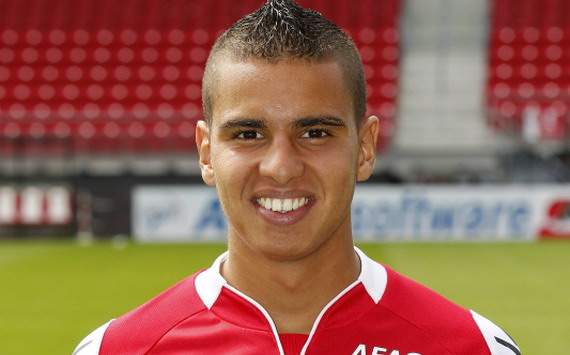 Today, The Daily mail, The Guardian and The Yorkshire Evening Post have all been reporting that Newcastle United are interested in signing 18 year-old midfielder Adam Maher.


It is a transfer rumour that has been linked with an article which many of the leading national newspapers have been publishing today; the possible departure of Cheick Tiote to Chelsea in the Summer.

The Ivorian central midfielder has been one of the top performers for the club this season and his positive displays haven’t gone unnoticed by the top clubs in England.

However, if the Ivorian does leave in the summer, and for his projected transfer value of £20 million, Newcastle will be wanting to sign a suitable replacement who can inject the same bullish attitude in defensive midfield which has worked so well this season. And the AZ Alkmaar youngster is reportedly a possible replacement.

The proposed move, however, does not seem feasible in that Maher, who is an attacking midfielder is 7 years younger than Tiote. While the counter-balance of Cheick’s defensive football has worked very effectively with Yohan Cabaye’s attacking style of play this season, it seems as though it would be a better idea to try to lure a player of proven defnesive qualities.

However, despite the unapparent polarity of the two different players, Maher does seem like an exciting prospect. A few weeks ago, Alan Pardew announced his intentions to improve the youth set-up at Benton training ground, essentially through the purchasing of decent young players from abroad.

Adam is at AZ Alkmaar and is of Dutch-Moroccan descent, and he is a right footed central midfielder who stands just under 5’9″ tall, and has a contract at AZ through June of 2015.

Maher was born in Diemen, just outside of Amsterdam, and he made his debut for AZ in December of 2010, in a Europa League game against Belarusian side FC BATE Borisov, and scored a goal on his debut (becoming the youngest ever player for a Dutch football club to score a goal in the Europa League). Since then he has appeared in 46 games for AZ, scoring 10 goals and picking up seven assists along the way.

He has been capped at U17, U19 and U21 level for Holland and certainly has bags of potential. After looking at some videos of him, I was most impressed by his dribbling ability. The casual manner in which he seems to glide past players is reminiscent of the young Alex Oxlade-Chamberlain at Arsenal; a signing who has proven to be one of the captures of the season.

I don’t believe he should be regarded as a direct replacement for Cheick Tiote, as the media have been reporting; he is too young and inexperienced to take on the burden of that important role in the side at the moment. However, this lad will not be too expensive because of the financial instability of AZ Alkmaar, and could prove a worthy investment for the academy.

If he were to sign, Newcastle’s future will be looking bright. The thought of a 3-pronged midfield of Haris Vuckic, Medhi Abeid and Adam Maher is definitely an exciting thought, and I believe he’s worth a look at.