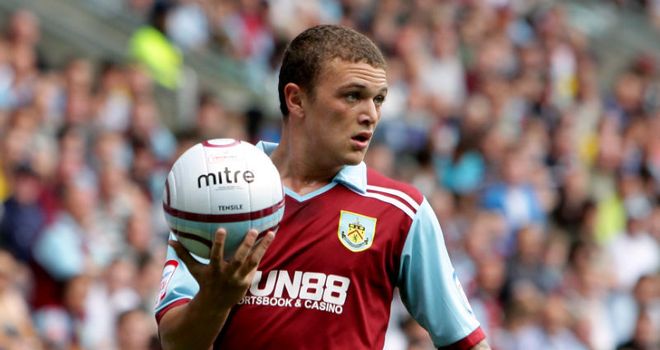 Kieran Trippier Following my report on Jay Rodriguez, it seems Alan Pardew could be after another prospect from Burnley with rumours circulating that the right back could be on his way out of Turf Moor.


A product of the Manchester City youth academy, Trippier signed at Eastlands in 2003 before signing a professional contract five years later. However, the 21 year old struggled to break into the first team, mainly due to City’s prioritisation of big money players.

The defender has therefore made leaps and bounds in his development via loan spells at Barnsley and Burnley. Clarets’ manager Eddie Howe signed Trippier on loan in the summer before tying him down on a three and a half year contract in January. It is clear that the defender had an instant impact on the Championship side.

Trippier has also represented England in all levels from U18 to U21, an achievement which exemplifies how highly regarded this lad is.

With Danny Simpson clearly reluctant to sign a new deal, it is crucial that Pardew looks to get in one or two right backs to bolster our defence in anticipation for a European campaign. Kieran has no Premier League experience and so any investment in him could be seen as a high risk strategy.

However, you can’t help but think that the U21 international is destined for bigger and better things. He was named fans’ player of the year this season and being so young, Trippier has time to develop and adapt to the pace of the top tier of English football.

This isn’t any old rumour which I’ve decided to come across either. For Alan Pardew was monitoring Trippier in January when the Clarets beat Middlesbrough 2-0. Clearly, the gaffer is keen to add to his list of young players on a relatively low transfer fee.

Whether a deal for Trippier goes through remains to be seen. At this moment in time, I see him as a back up to Danny Simpson or another right back who Pardew will look to sign should the former depart. One thing’s for sure, Kieran will be eager to return to a Premier League side.