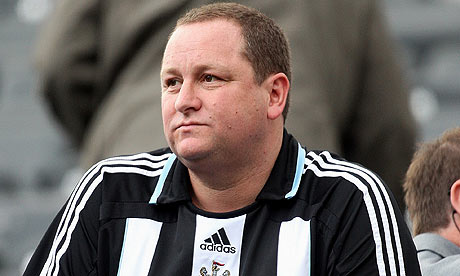 As Newcastle began to re-establish themselves within the Premiership after a year spend in the second tier, the players at the heart of this relative success were starts such as Kevin Nolan, Joey Barton and Andy Carroll.


As the Magpies consolidated, comfortably avoiding relegation, the Toon could reflect upon a successful campaign.

This trio were later sold, however, and supporters could only really hope for more of the season, another mid-table finish.

Yet, in selling those players for around £50 million, Newcastle replaced them with a series of foreign-based players for merely a fraction of the price.

It was a risky strategy, without doubt. But, now 12 months on and heading into the last day of the season still with an outside chance of snatching a top four finish, it’s been a categorical success.

Built upon the likes of Yohan Cabaye (£4.3 million) along with a strike force of Demba Ba (free transfer) and Papiss Cisse (£10 million) and other under-valued stars, Newcastle have taken the Premier League by storm. Owner Mike Ashley had previously had to endure great criticism from the passionate fans of the Northern club, but surely now he can take great credit for the boardroom decisions taken regarding transfers.

However, what now for Ashley?

If Newcastle keep a similar squad to the current one, it will be very difficult to improve upon what they already have achieved this season.

It is also unlikely that the board possess the kind of money the likes of Manchester City and Chelsea do, so big money signings without any exits is again unlikely. Therefore, Ashley and his team have a big dilemma.

They could stick with what they have now, fend off as many bids as they can, and deliver similar next season. Or, perhaps they could gamble. With Cheik Tiote (signed for under £5 million) courted for around £20 million, and 17-goal striker Demba Ba similarly in demand, Newcastle could offload them for big money.

Is it conceivable that Newcastle’s scouting network could pull off some more coups for the club?

Graham Carr has certainly done a fantastic job this year, and the dilemma is whether to gamble again in the European network. It must be noted that there have been previous mishaps in terms of transfers; players like Albert Luque, Xisco and Claudio Cacapa all came in from Europe and struggled to make an impact. Another similar set of errors and Newcastle could undo all of the work they’ve achieved this season in placing themselves in the top five.

Pull off more transfer inspiration, and they could become genuine regular top four contenders. It’s going to be a big close-season on Tyneside, and whatever happens there is certainly exciting times to come for all the Newcastle fans out there.

Who do you think should come and go this season at St James’ Park?