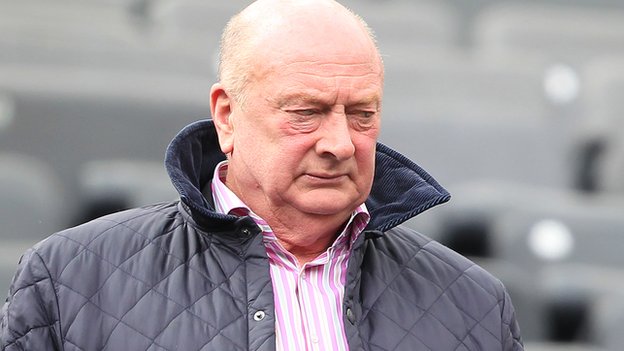 Today brought the news that Graham Carr, life-long Newcastle supporter, had been handed a bumper new contract by the club, which will see him remain in his role as head-scout for another eight years.


Contracts of such length are almost un-heard of in the world of sport, which delivers a message of great faith and belief in Carr’s ability, as well as spreading a message of continuity about the football club.

Carr has undoubtedly played a huge role in Newcastle’s recent success in the transfer market, uncovering numerous players in the last two seasons, since he joined the club in February 2010.Players like Hatem Ben Arfa, Yohan Cayabe and Sylvain Marveaux  joined from the French league, and Cheick Tiote and Papiss Cisse followed suit from other European leagues.

These captures provided a fascinating insight into the ever changing transfer policy which Newcastle have began creating, moving away from the purchasing of English players such as Alan Smith, Joey Barton and Kevin Nolan and instead delving into the foreign markets.

Newcastle’s managing director Derek Llambias had this to say on the news earlier today : ‘ [Graham Carr] has been instrumental in helping us bring in some truly exceptional players. He has deservedly built a reputation as one of the best in the business.’ High praise, and truly deserved for the man who has had previous spells at Tottenham and Manchester City.

However, is there a negative outlook on today’s news? Carr will now be working at the club until well into his seventies, and the role he fills is an extremely taxing one, requiring him to travel all over the world looking for talent.

Also, a large proportion of his role depends on the manager in charge at the club, who could possibly want more control over transfers. However, Alan Pardew does seem content to allow Carr a great deal of power over the dealings coming into the club. Will both Pardew and Carr be there in 8 years? It seems highly unlikely that they both will, given the ever changing world of football, but the message his new contract sends out is certainly a positive one.