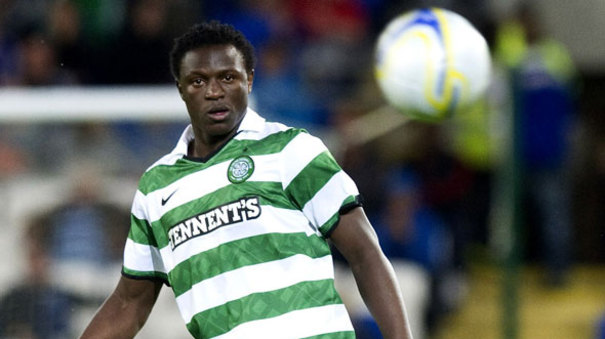 Victor Wanyama Newcastle could be set to sign another hidden talent with rumours linking the club with Celtic’s Victor Wanyama.


The defensive midfielder, also capable of playing at centre back, enjoyed a successful first season with SPL champions Celtic. Since signing from Belgian side Beerschot, Wanyama has made 41 appearances and scored 4 for the Glasgow based club.

The 21 year old quickly became a fan favourite at Celtic Park, with his composure on the ball, passing ability and strength making him a very important part of the side. His physical robustness is emphasised by his occasional cameo in defence as mentioned before.

Despite The Hoops’ reluctance to sell, the Kenya international has already openly stated that the next step in his career will be to make the big move to the Premier League. With the potential barrier or any form of club loyalty now swept aside, it seems as though a move for him could definitely materialise.

With all due respect to the other clubs who are also allegedly interested, Newcastle are the largest and most successful club who appear to be after him. So, Pardew and co. have the green light to try and sign the player. But is he worth it?

Firstly, we must look at the league he’s playing in. There is a huge gulf between the Scottish and English Premier Leagues, shown by no Scottish teams qualifying for Europe without UEFA’s interference. Therefore, I feel we must seriously consider whether he’d be able to make the grade across the border.

Nevertheless, consideration of his age can counter the previous paragraph. Wanyama is still in his early twenties, meaning that we would have time to help him develop at a steady rate as a footballer.

Whether the club decide to swoop for Wanyama remains to be seen. One thing’s for sure, United must keep monitoring potential replacements for Cheik Tiote. Rumours of the Ivorian leaving still aren’t dying down, so the club must stay prepared. But I think we should remain optimistic. Cheik Tiote was signed as a player not many had heard of, and Wanyama is in a similar position. Let’s hope our scouting network have found yet another talent.