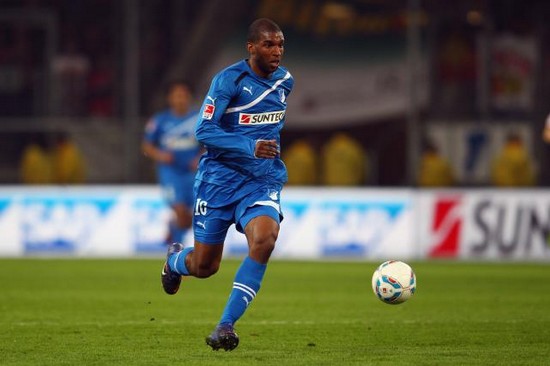 The transfer window has managed to spring up another surprise with rumours that Newcastle are set to move in for Hoffenheim exile Ryan Babel.


Many of you may remember the striker’s ill-fated spell at Liverpool in which he managed a meagre 22 goals in 146 appearances. Having looked like a player with massive potential upon his arrival at Anfield in 2007, the 25 year old ended up leaving The Reds as a man who had fallen well short of expectations.

He has since had a season at Hoffenheim in an attempt to revive his career. However, he only managed 6 goals in 51 appearances last season and has now fallen out with the coaching staff at the club. With things not going according to plan, Babel wants out.

Of course, many of the fans won’t be too keen to see Babel in a Newcastle shirt. He hasn’t had a single impressive season since 2007 and I don’t see that changing at St. James Park.

But Hoffenheim are eager to get rid of the Dutchman and so could accept an offer of less than half of the £8 million they paid last summer. Babel is also willing to have his £50k a week wage cut if it means a return to the Premier League. Therefore, it might be worth taking a risk and hoping that he shows his potential that he did at Ajax.

So, we have established that Ryan Babel might not affect the club’s finances as much as was anticipated. However, this isn’t a club who should buy players according to availability or cost. Following such a successful 2011/12 season, we must look to sign players who have shown real quality over the past years. Babel isn’t one of those players.

We must also bear in mind that Premier League clubs are only allowed a 25 man squad, so we can’t just fill the dressing room with a horde of cheap signings.

With all this in mind, I feel that the club should turn its attention elsewhere. We’ve come so far to have top players being linked with a move to St James’ Park. For me, opting to sign Ryan Babel would just be a step back.