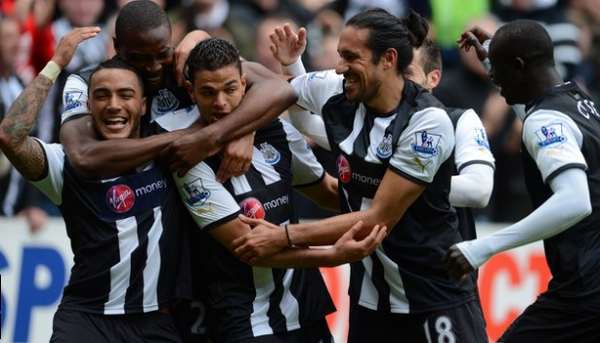 August is now upon us and this now means two things. Firstly, the summer is (well should be) in full swing. Secondly it means that the football season is nigh.


Clubs all over the country are finishing off their pre-season matches and fitness regimes to get themselves ready for a long hard season ahead. At Newcastle United that is no different. Toon boss Alan Pardew will be looking to mastermind another season where he guides his team into the top 6.

It is important to mention that the “second season syndrome” we are referring to is of Top 5 football. The term is usually used to describe a team in threat of relegation after surviving their first full season in the Premier League. Although we are entering our third season, and are in no way worried about relegation, we are here using it as a marker for continuity in our hope of once again securing European qualification.

Without a shadow of a doubt Pardew was one of the managers of the 2011/12 season in any league. He managed to take the Magpies up to the almost dizzying heights of 5th place, a feat that in itself is so astounding that the fact they were looking good for a Champions League place for most of the season is almost completely ignored, because once again their could potentially be European football on Tyneside.

It could have been better if Chelsea weren’t victorious in the Champions League final as it means Tottenham would have gained Champions League qualification and Newcastle would gain automatic Europa League status. However after the London club’s win in Munich, the Toon will have to play in a play-off round yet to be drawn to gain a place in this years Europa League group stages.

Pardew as a manager hasn’t had a season like that before.

In his managerial career he has guided Reading to the First Division albeit as runners-up in 2002, guided West Ham into the promised land of the Premier League by winning the 2005 play off final and went on to lead West Ham to the FA Cup Final the following summer, which they lost on penalties to Liverpool.

But now thanks to this wonderful season at the Sports Direct Arena, he was awarded with the LMA Manager of the Year for the 2011-12 season.

His signings were instrumental in his sides finish. The partnership of Ba and Cisse, the Duo of Demba’s, saw not only the Toon army adoring the Newcastle front-line but it gained the admiration from fans of other clubs.

With their Cole/Yorke style link up play and awareness of their surroundings they were arguably the most dangerous partnership for the second half of the 2011/12 season.

However, with the potential loss of both Ba and Cisse should Senegal qualify for the 2013 African Cup of Nations it will be vitally important for Pardew to not only keep his squads playing level up but also the amount of goals being scored. With the departure of Leon Best it would leave United with only the Ameobi brothers as recognised strikers.

To avoid the second season syndrome kicking in for Pardew and his men the January transfer window will be where the overall season will either be a success or failure.

With a solid frame of a squad in Krul, Coloccini, Cabaye and Tiote, combined with the skill and flair of Gutierrez and a resurgent Hatem Ben Arfa, the Toon Army will only sign players to improve the squad’s chances of finishing in the top 6 and thus improving the prospect of another venture into Europe for the Magpies.

A lot of the players have experienced failure in the career’s previously, be it for Newcastle United or their former clubs, and this will hopefully give us the edge. This sort of experience will prove invaluable in any sort of challenge, and the club will hope to utilise this in the pursuit of continuity.

2 Comments on Can Newcastle avoid the “Second Season Syndrome” curse?