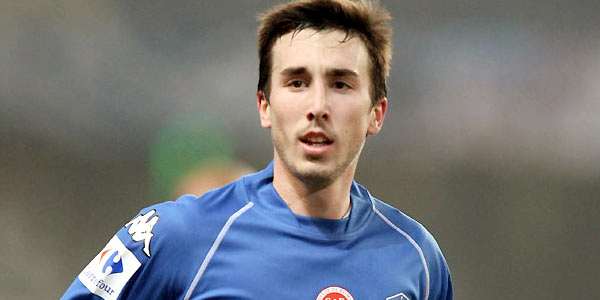 As we all know, the season ahead is going to be longer and harder than we've been used to recently, with Europa League games adding roughly 10-14 extra games to our schedule. These extra games mean that Alan Pardew is going to be looking deeper into his squad for players to do a big job for the team. Here, we look at the most important of these squad players, who we believe have what it takes to step up.


James Perch – ‘Perchinio’ was a crucial player for United last season, and if we want to do well in both League and Cup competitions, the Perch of last season needs to reappear this year. Perch was like a new man last season, his impeccably well-timed sliding tackles and never say die attitude won over the fans following an indifferent début season to say the very least.

Romain Amalfitano – Romain signed for Newcastle on a free transfer from Stade Reims this summer, and was thought of as another member of Alan Pardew’s ‘French Revolution’. Amalfitano was a crucial part of Newcastle’s pre-season side, scoring a fantastic goal against Gateshead as well as helping United to success in our mini tournament in the Algarve. He is seen as an attacking player by Pardew, and I’m sure he’ll be looking to challenge Yohan Cabaye’s place with some strong performances in our weakened European sides.

Dan Gosling – Dan Gosling has had a tough time in his short Newcastle United career so far. Having joined the club whilst recovering from a serious injury, he never managed to force his way into the team dropping below Yohan Cabaye, Cheik Tiote and Danny Guthrie in the pecking order. This season however, he needs to pick himself up and impress. Gosling’s form in the Cup and Europa League is vital to how far we can go; he and Amalfitano need to strike a partnership fast.

Vurnon Anita – Anita is another of Pardew’s summer signings. He is certainly versatile; a trait that will benefit that squad massively, and with the addition of his Europa League experiences with Ajax, he can help guide the team through the early parts of the Europa League. He can also give us depth in various positions, similar to what Ryan Taylor offered us before his injury.

Shola Ameobi – Finally, Shola. This season will see him rekindle his love for slaying Europe’s finest, as well as Sunderland. Due to our lack of activity in the summer transfer window, Shola is our only experienced cover for our Senegalese duo. As a result of that, the pressure on him to perform in the cup competitions in immense, if he succumbs to the pressure, we could be kissing our dreams of success an early goodbye.