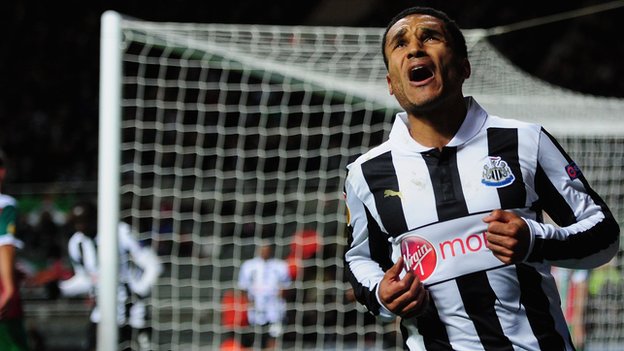 Arsène Wenger has today praised Newcastle's transfer strategy in bringing in some of the best players around Europe to the Premier League.


The Toon have raided France in recent years to sign the likes of Hatem Ben Arfa, Yohan Cabaye and Sylvain Marveaux.

Wenger’s knowledge of the French game is second to none, and he has been hugely impressed by Newcastle’s work in Ligue 1 and across the continent.

“They look like they know the French market very well,” he said. “They have made some very good buys [in France and around Europe].

“Marveaux for example, had a good game at Manchester United. Demba Ba, Cisse, Cabaye and Ben Arfa – they have bought very well. Since [Alan Pardew] has arrived there, they’ve built a good team.

“Cisse is a typical goal-getter and Demba Ba has great power. You feel there is a good understanding there as well. They both come from Senegal and play together in the national team so there’s a good friendship as well, that makes them stronger.”

In the wake of Sir Alex Ferguson’s shameful comments, it’s nice to receive some praise from an excellent manager. Another positive is the recognition that he’s given to Sylvain Marveaux. The player has been on fantastic form recently, and I think he now ready to replace Jonas in the left-wing position. His attacking flare is a rarity out wide, and his decent final ball and forward-looking style of play is just what we need to get the most out of Demba and Papiss up top.

Wenger has also attempted to quell the speculation over a possible bid for Ba by publicly stating that he is not looking to sign the striker.

“It is not right to speak about him because he plays against us tomorrow,” he told reporters ahead of Newcastle’s visit to Arsenal on Saturday.

Whether this can be seen as merely a deterrent from making any comment regarding the player or is a genuine dismissal of interest remains to be seen. But what I do appreciate is his moderation. Ferguson was horrifically rude and far too open in his opinions. It’s good to see there’s still a least a bit of respect within those ‘great clubs’.