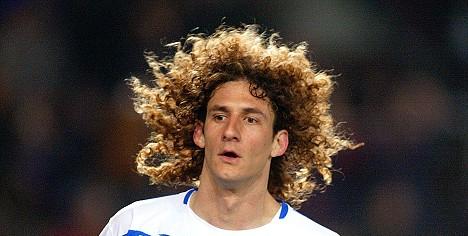 On twitter today, I stumbled across perhaps one of the most laughable rumours yet - Fabricio Coloccini to San Lorenzo. I don't particularly like to bring up unlikely transfer stories, but this is too comedic to ignore.


The rumour surfaced just over a week ago in The Mirror and has since been making the rounds in several minor footballing websites in and around Britain as well as Argentina.

“San Lorenzo are negotiating with Newcastle over an audacious swoop to take Fabricio Coloccini back to the country of his birth this January.

The Argentina international played for San Lore in the 2000/01 season, on loan from AC Milan, and the club are relying on his desire to return to his boyhood club to make the deal happen.”

Many of the ridiculous rumours we hear nowadays are created by young journalists trying to make a ‘break through’ when they can’t find any other source of inspiration. However, it appears as though the author of this article in The Mirror does have some substance to his writing.

The San Lorenzo club President, Matías Lammens, had this to say on Radio La Red:

“We know he is a fan and wants to return, so there could be a possibility.

“It’s not impossible,” he added, “but of course the only thing that can accelerate the situation is Fabricio’s intentions.”

Although San Lorenzo are one of Argentina’s five grandes, they are currently fighting a relegation battle and to see our loyal captain move back to Argentina at a time when we most need him is in my opinion utterly ridiculous.

As a fan, I can sometimes get overly-excited by transfer rumours. But I don’t think anyone will be believing this one. Having been named in last season’s PFA Team of the Year, Coloccini certainly isn’t surplus to requirements in England.

Amid increased speculation over Demba’s future at the club, we can’t afford to lose any of our senior players. If we are to turn around our fortunes soon, we need our most experienced players to step up to the plate and lead us out of the misery that we’ve got ourselves into.

However, I think that we can safely assume that Fabricio will not be one of those players leaving this January.

5 Comments on The Most Ridiculous Transfer Rumour Yet? Colo ‘in talks’ to Leave