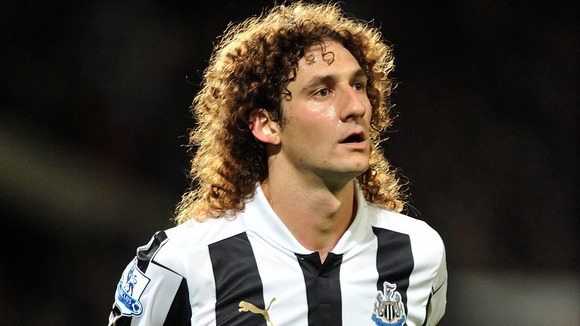 Newcastle United defender and team captain Fabricio Coloccini confirmed Friday that he would like to return to Argentina for ‘personal reasons’. This news devastated fans of the Magpies who are still reeling from the loss of their leading scorer Demba Ba to rivals Chelsea.


The Argentina International Coloccini arrived from Deportivo La Coruña in 2008 and immediately became a fan favourite. So far this season, he has seen his quality dip considerably.

Coloccini’s departure leaves Newcastle in another desperate situation. Newcastle’s defense has been leaking goals so far this season, conceding 39 in 22 matches in the Premier League.

Newcastle recently finalized the transfer of right-back Mathieu Debuchy but there remains no suitable replacement for Coloccini on their current squad. To make matters worse, Italian full-back Davide Santon has been linked to a move to AC Milan.

There are several players available in the transfer market that Alan Pardew and Mike Ashley could look to, to fill the void left by Coloccini.

Gaëtan Bong has been heavily linked to Newcastle in recent days. Valenciennes president Jean-Raymond Legrand has confirmed that Pardew has made an offer for the Cameroon international. But Legrand has openly stated that he would prefer to find a replacement for Bong before he would let the 24-year-old move to St. James’s Park.

This transfer would not solve Pardew’s problem in the centre of defense however. Bong, though versatile has been primarily used as a left-back and would at least temporarily have to play slightly out of position if no other alternative is found.

France U21 defender Isimat-Mirin is a highly regarded youngster who Pardew has been chasing this month. The 21-year-old is an imposing presence at 6ft 2inches, good in the air and physically strong. Attributes that are highly valued in the English game.

Isimat-Mirin is expected to cost a reasonable amount of £5m. But Liverpool’s Brendan Rodgers is also highly interested in the young centre-back and luring him to Newcastle could prove difficult.

The Brazilian-born Douglas who turned 25 on Saturday, has been linked to Newcastle since the summer. Negotiations broke down in August, with some claiming that Twente was asking for too much money.

His Dutch club have stated that they are open to letting Douglas leave this month for the right price. But competition for the defender’s services is believed to be strong. Inter Milan, Reading and others are reportedly interested also. The price tag is reported to be around £10m.

A former England u21 defender and defensive midfielder who also played for team Great Britain at last summer’s London Olympics. It is widely rumoured that Pardew has opened talks with West Ham about the 23-year-old.

It is no secret that fans of the Magpies prefer Tomkins and this deal is reportedly close to be finalized. Tomkins has another advantage, having featured regularly for his Premier League side so far this season. A deal would likely cost at least £5m.

Another Montpellier product, is the current captain of the team and has been capped 3 times by Les Bleus . At 23, Yanga-Mbiwa is already highly experienced, having won the Ligue 1 title with Montpellier in 2011-12. He stands at 1.84m, but he is not particularly strong.

Many barriers stand in the way of this deal being done. The first and most important, Montpellier are desperately trying to get back into European competition for next season. Arsenal is also said to be very interested and Yanga-Mbiwa has openly stated that his life-long ambition is to play for Manchester United. It is believed that would cost at least £8m, but mostly likely more.