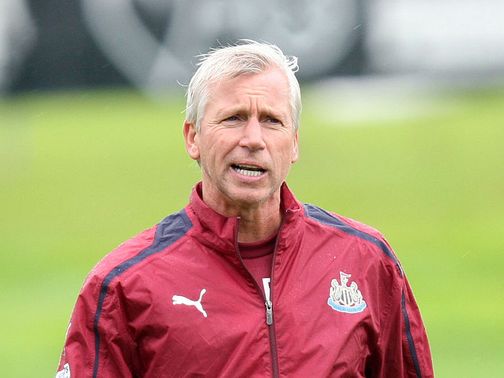 After only managing a draw against the Ukrainian outfit Metalist Kharkiv, Alan Pardew now has a selection headache for the two ‘must win’ games we have this week. Both games are as big as each other.

Southampton lie ahead of Newcastle on goal difference in the Premier League after a fantastic result against Champions Manchester City. The contest will no doubt be billed as a ‘six pointer’ after Newcastle droppedto 15th. The Europa League however stills offers a route to make this season one to remember, with a place in the last 16 up for grabs, the importance of getting a positive result cannot be understated.

We can be forgiven for the stalemate last Thursday having at least one perfectly good goal chalked off for offside (if not arguably two). With a strong line up, Pardew did go for the win and tried to put the tie to bed, getting closer to being able to fielding his strongest side. However with a fruitful January at least now we look to have the depth to be able to ‘compete’ and win both games.

It will be interesting to see how we line up against both teams and one thing I personally would like to see is:

Over the busy festive period Slyvain Marvaux finally got a run in the team and looked like the player we all thought we had bought a year ago – a  confident, attacking player with a classy left foot.

I think he played especially well in the 4-3 and 7-3 defeats to Manchester United and Arsenal, games we really should have got a result out of. Against Metalist Kharkiv he had managed to do more in 15 minutes than Obertan had done all game, and by the reception he came on to, its clear he’s already a fan favorite.

Pardew may also be tempted to start with Shola Ameobi in the Ukraine as he offers something different from Cisse who at times looked isolated on Thursday. His record in Europe is certainly better than his premier league ratio (with 14 goals in 47 European games) and Pardew may fancy physical presence against the MK centre backs.

Yoan Goufrann is ineligible to play in the Europa League, and therefore may be deployed as a main striker against Southampton at St. James Park on Sunday.

From what I have seen of the 26 year old I have been impressed. He has grasped the work ethic required in the premier league and has pace in abundance, something we have lacked as of late with the injury to Ben Arfa. With the emergence of already fan favorite Moussa Sissoko, the arrival of Yoan Goufrann has been overshadowed but with a decent equalizer against Spurs it would be great to announce yourself as a main striker by grabbing a winner.

I’ve had a go a picking a team for both games. Although Pardew will be conscience of the 3000 mile round trip the boys will be enduring, I think he will not tamper too much with the back 4 or the ‘spine of the team.

If we were to make a comparison to the team that crashed out of the FA Cup against Brighton its clear to see that the depth and quality of the squad has vastly improved.

With everything to play for and with a team brimming with confidence lets make it 2 wins out of 2!