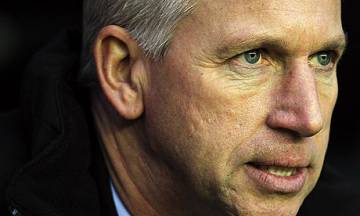 Following on from last week's article about a potential 3-3-2-2 formation, today we're going to have a look at several other options which we believe would structurally fortify our game.

Spain won the European Cup in 2012 playing a new style of football and team formation – effectively utilising 8 midfielders (including wingbacks), promoting the movement of a number of players getting into the box for a scoring opportunity.

Off the ball, the game looks like a school football match with everyone running toward whoever in the opposing team has possession of the ball – but the analogy ends there.

The defending team surrounds the possessor to cover all the angles and  thus encourage a backward pass as the only option available.

By pushing up (which isn’t a new tactic) and more players packing the midfield, the game is more condensed than ever. Success is more than quickness of feet, its about quickness of mind and vision too.

Furthermore, Alan Shearer made some interesting comments on MotD, a week ago, concerning another, albeit well-known tactic, but one which isn’t often put into practice by the Newcastle team. He talked of players running sideways across the pitch before making their forward run.

But more than running two or three yards, players are being coached to run across half the width of the pitch before making a forward run. If a defending marker follows them they leave space for another attacking player to run into. If the cross runner is left alone they are free to run into a channel between defenders.

Spurs demonstrated this tactic beautifully with two well taken goals by Bale (surprise-surprise) and Lennon against Arsenal. Cisse also scored a fantastic goal last season this way (forgotten against whom). Cabaye slotted a 30 yard pass into space as Cisse ran from right to left in the Leazes half – and of course scored one of the many corkers he was putting away at the time.

Another tactic deployed well  by Chelsea, Spurs and Man Utd is their willingness to pack the opponents box with 5 players. They appear to get away with it because they keep 5 players back on the half way line. Although there’s space between the front and back fives, the tactic seems to protect against a breakaway where the now defending team find themselves outnumbered. Newcastle have fallen foul of this tactic many times over the last two seasons.

I also notice how Man Utd use Van Persie in a slightly different role. Occasionally, when they have the ball on the half way line, Van Persie drops deep usually followed by a central defender. As Van Persie collects the ball with his back to goal, two or three Man Utd players are running past him into the space and channels behind him.

With the space created, they’ve open up the opposition’s defence and… you know the rest.

My feeling is that the continental managers (Vilas Boas, Benitez, Laudrup, Martinez and Pochettino) are overall wiser to these tactics than (Ferguson apart) their British counterparts.

Newcastle have reached a stage where, when fully fit, they can field a team of 11 very good players including 5 or 6 top class players.

The immediate priority is climbing to safety in the PL. In the medium term, the emphasis will then be how well Pardew can get Newcastle to play as a team tactically. Talent and commitment are the bedrock of success but it takes more these days in the modern game to gain success.

I’m not putting myself up as a tactical expert, just an enthusiastic onlooker. If you have any insights into the modern game or see a flaw in my observations – feedback is most welcome

3 Comments on A Tactical Shift: what we can learn from the best