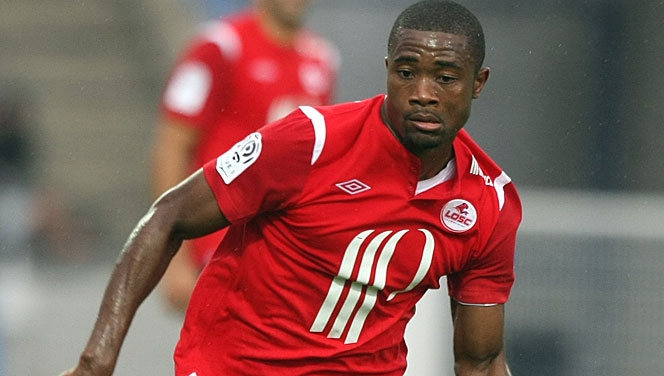 With the rumours of Coloccini's imminent departure refusing to die down, the search for a new centre back continues - at least, that's what the papers are saying.

Nowadays, it’s difficult to determine whether we should believe a source linking the club with a player based in France. Is it meaningless, stereotypical fodder or another case of our scouts focusing their binoculars on the shores of our fellow Channel dwellers? Either way, let us examine Exhibit Number 24,593 from Ligue 1.

This week, Newcastle have been linked with Lille enforcer Aurélien Chedjou who has had an impressive season for the ex-Ligue 1 champions, establishing a stronghold in the starting XI and proving integral to LOSC’s defensive line. The 27 year old has helped his side collect 19 points from 21 in his last seven appearances, conceding just four goals in the process.

Chedjou’s flourishing career at Lille has also allowed him to break into the Cameroon national team, consolidating a place in the 2010 World Cup squad and making fourteen caps since his debut in 2009. The centre back, therefore, has pedigree in both club and national football which will have enhanced his ability to adapt to different styles of football in terms of intensity and physicality.

However, it must be mentioned that if Chedjou were to be leaving his current club this summer, chances are it won’t be a one-way ticket to Tyneside for the defender. Having been part of the Villarreal set-up as a youth player, most papers believe that the Cameroonian is eager to return to the league where he first plied his trade, with Valencia being the front runners for his signature. Even if the Spaniards were to pull out, fellow Premier League side Liverpool could be ready to swoop.

Given the focus on the tail end of the season as Newcastle look to secure Premier League status, I expect that rumours such as this one won’t be on the minds of too many.

What must also be considered is the competition the Magpies could face for the player if interest escalated. Higher demand means higher transfer fees, and so Chedjou may not fit in with our policy of cut-price signings – the current asking price is apparently £12m.

With that in mind, I don’t think this is a rumour worth getting too excited about for now.There are more important matters to discuss in the Public Houses.