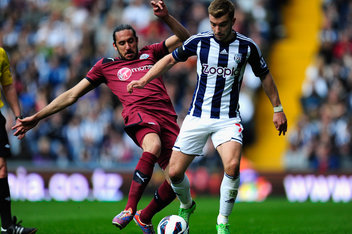 Losing isn't nice. And losing to Sunderland is even worse.

In blunt terms, we’ve been nothing short of diabolical. We’ve failed to reach realistic expectations and to build upon last season’s fairy tale. When we have played well – rare occasion I hastily add – it has only been for one half. We have failed to dominate games, dominate teams nor dominate the derby like we have done in recent years.

Next season, things have to change. Is the manager to blame? Is he tactically inept? Is he stubborn? Does he motivate his players enough? These are the sorts of questions that many have tried to answer on forums, on Twitter and in pubs. Assuming he stays, Newcastle have to hit the ground running in August. We cannot blame the Europa League and we cannot blame lack of depth.

Hopefully Ashley will allow whoever the manager is to strengthen in the summer, another striker and creative midfielder would be preferrable and I pray that he learns from his mistakes last summer when we failed to strengthen and it cost us.

As a die hard geordie, this week has been torture. Losing 0-3 to the mackems on our own patch was arguably as bad as the feeling Sunderland felt when they were demolished 5-1 in 2010. When the fixture list comes out, I want the players to be eager to make amends. I want them to walk the walk instead of just talking it. I want to batter them.

When you look at our squad of players, it’s evident that on talent alone Newcastle don’t deserve to be lingering near the bottom half of the table. It’s quite laughable when you compare Stoke City’s squad to our own, we should be in the top 8 comfortably and consistently.

But we aren’t and we don’t deserve to be. For the sake of this football club, for pride and for monetary reasons we need to be there again as soon as possible. We need to find a formation that suits us, we need to hit form, we need to cut out the silly excuses, we need to have more players contributing goals and we need St James’ rocking again. Too much to ask for?

For my sanity, please restore pride and parity Newcastle.