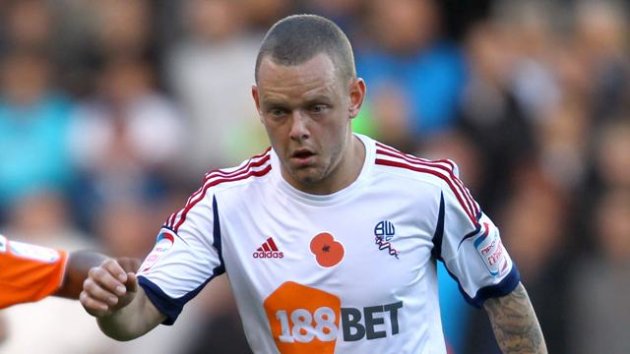 Having been thumped 6-0 by the Merseyside club, it's horribly ironic that Newcastle are now being linked with one of Liverpool's players, and to be more specific, one that doesn't even seem to be involved in Rodgers' long-term plans.

However, that isn’t to say that Jay Spearing isn’t a player who has the potential to perform in the top tier of English football.

The 24 year old, though seemingly being escorted out of Liverpool without so much a second glance from the Reds’ superiors, has reacted marvellously by becoming one of Bolton’s key figures in their push for a play-off spot in the tail end of the season. In fact, the central midfielder was recently named Wanderers’ player of the season by the Bolton Wanderers Supporters Association, especially impressive given fans are often reluctant to vote for loanees.

One issue with Pardew’s tactics which a number of fans have been quick to point out is his insisting of playing Cabaye in a deeper role alongside Tiote instead of in an attacking midfield role where he could provide much needed support to Cisse. Pardew also seems hell-bent on fielding Sissoko in that attacking role, remaining reluctant to play him in a defensive role.

Given his tenacity and industrial nature, Spearing’s style of play makes him a good fit for that position alongside Tiote. If a deal were to come to fruition, it could signal an opportunity for Cabaye to be placed in a more effective role behind the striker.

However, there’s also the issue of Sissoko’s ideal position. If he is eventually given a permanent role in defensive midfield and thrives there, is there a need to approach Liverpool for Spearing?

What I will say is that the squad is in need of depth next season. Injuries in the past few months have really scuppered a substantial move up the table. Spearing also has one year left on his contract, so the Reds may be keen to take any cash they can get before he’s off on a free. Therefore, it could be worth signing the midfielder even if he does end up as a back-up. Additionally, I highly doubt the lad has reached the peak of his abilities given he’s in his early twenties.

I’ve said this a lot recently, but I’ll keep saying it – the main priority is for Pardew to sort out his tactics and get those vital three points. Then we can focus on strengthening. What I will say is that these rumours shouldn’t be immediately dismissed as unrealistic or journalistic fodder.