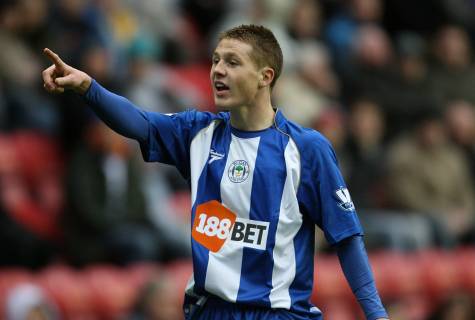 Newcastle are being linked with Wigan Athletic midfielder, James McCarthy.

The 22 year-old midfielder, who joined Wigan from Hamilton Academical in 2009, has flourished under the tutelage of Roberto Martinez.

The lad, who has been ever-present for Wigan this season, is the only player to start in all 34 of Wigan’s Premier League games.

With a pass success rate of 87.7% (on average 49 passes a game), he is one of the better link-up midfielders in the league, above the likes of Santi Cazorla, Eden Hazard and David Silva. This statistic is even more impressive when considering the amount of possession Wigan have in their matches.

Though some fans may prefer to see a more glamourous and recognisable name linked with the club, James McCarthy must not be underrated.

Despite only being 22 years of age, he has represented Wigan over 100 times over the past three season, and would offer some invaluable Premier League experience. Interestingly, it has been a long time since we last signed a regular player from another Premier League club, and this experience would most certainly come in handy when playing alongside our french contingency, recently accused by Gary Neville of not knowing the English game well enough.

Playing a similar type of game to Tiote, who has severely unperformed this season, it is likely he would fit  into the first team right away. McCarthy’s versatility means he could be the perfect player for this role; not only is he excellent offensively, but he is also defensively accomplished player, making the 9th most tackles among Premier League midfielders.

Pardew is apparently a big admirer of the Irish international, whose name he has dropped in several Press conferences this season, and sees him as an ideal fit into the way he wants Newcastle to play in the next campaign.

Though early reports have suggested it would take a bid of £12m to snatch the player from the Lancashire club, Wigan are currently sitting in 18th in the league, one position below us, and are in serious threat of going down. Obviously, if this did happen, his price would fall.

He’s a player who would offer some much needed balance to the team; he could help us regain some defensive solidity and midfield fluidity which have both been lying in dormancy over the past few months.

If he’s willing, available at a decent price, and Carr-approved, then a bid should be welcomed. For now, as we often must do at this stage of the season, we must wait to see how things pan out.

What do you reckon? Would he fit our style of play?

Here’s a video of the lad in action against Tottenham last November: