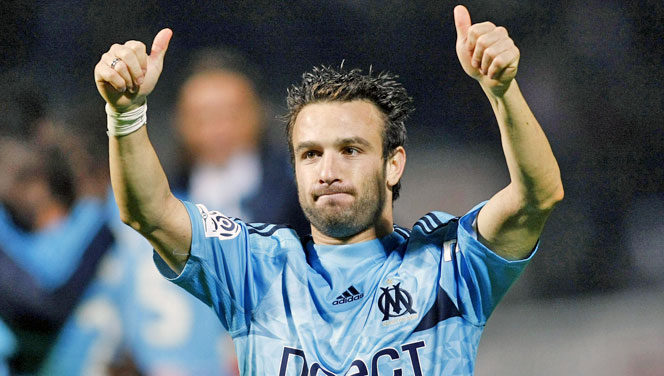 Nowadays, most football clubs in the Premier League have a stereotype which rival fans use for a good laugh. For example, Manchester United's is that none of their fans live in Manchester, and Chelsea's is having no history. For now, Newcastle United's is a developing fetish for French players.

Therefore, it seems that whenever a decent player from across the Channel is advertised by a shameless agent, the tabloids love to raise the Magpies as potential bidders.

This time round, Marseille’s Mathieu Valbuena is rumoured to be hinting at a move away from the Stade Velodrome…and guess which two English clubs have been linked to the Frenchman this time? None other than Newcastle and Arsenal. You couldn’t make it up.

Nevertheless, the attacking midfielder is a player the club had been linked to in January, suggesting their is genuine interest. But another question is whether a move to St James Park would interest him. After all, Marseille have qualified for the Champions League again whilst Pardew’s men endured a turbulent 2012/13 campaign.

Some of you may recall the 28 year old playing in a friendly for France against England at Wembley in 2010, where he played incredibly well and got himself on the scoresheet. Since then, Valbuena has flourished in Ligue 1, managing an impressive 12 assists for his club last season. What he lacks in height (he’s 5ft 6in) is more than made up for by his trickery and ability to create chances.

My one concern with this rumour, no matter it’s authenticity, is that it seems to represent Pardew’s possible need to replace Ben Arfa whose name continues to pop up on the gossip columns. He and Valbuena are very similar players in terms of the level of creativity both possess and the similar positions they thrive in. Then again, if Ben Arfa does seek pastures new, some comfort could be provided if the club continues to look as though it intends to maintain the overall strength of the squad.

Let’s not get too excited here. Valbuena is a fantastic player, but, at this moment in time, it seems highly unlikely that this will materialise, especially when the midfielder insists that he’d be happy to stay at OM (but interestingly adds he may not stay out his contract). This is a horrible place for us football fans as we begin that brutal hiatus when football is no longer there to enthral us. All we can do is feed on stories of ifs and maybes.