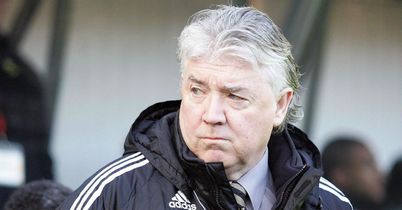 (***Written before Joe’s Horrendous Interview on Talksport last night***) News of Joe Kinnear’s new appoint of Director of Football has been widely supported by the majority of fans... Sunderland fans that it is.

To the Geordie faithful, the headlines had people reaching for their calendars checking whether it was a late April Fool’s trick. It wasn’t and it has left many of us scratching our head with questions of why? And more prevalently why kin’ him?

Most big European football clubs now have a director of football, a role usually suited to a ‘football man’ to direct afootballing issues (which ironically now only form part of the complexities of running a football club) leaving the financial, commercial and the overall management of the team to others within hierarchy.

With foreign funding and the consortium style of ownership becoming more common within the game it’s a role that many can understand is needed and is welcomed when the right man is in the job.  Manchester City’s director of football is world cup winner and premier league legend Patrick Viera.

World cup winner, and former Galatico captain Zinedine Zidane currently holds the director of football position at Real Madrid. These are two men that have been at the top of the world, that command respect and are young enough to still have knowledge of the modern game and clearly still have so much to bring to the sport.

Newcastle have yet to formerly announce Joe Kinnear as Director of Football but the former Wimbledon boss hasn’t wasted any time in asserting himself on the North East press, flexing his muscles stating “I know I’ve got more knowledge than most people at Newcastle as a football manager. That’s no disrespect to anybody. I know I will bend over backwards to make sure we’re successful. Who has the final say on transfers? It’ll be me.”

Hardly the humble introduction Pardew made after the shock sacking of the widely respected Chris Hughton. In one sweeping statement the man undermined the achievements of current boss Alan Pardew who has won promotion with Reading (to Division one), with West Ham to the Premier League as well as guiding them to a FA Cup Final and steering Newcastle to a 5th place finish and a European Cup quarter final.

He’s also backhanded John Carver, a man who’s worked closely with one of England’s greatest managers Sir Bobby Robson, which included a 4th, 3rdand 5th Premiership finish and one Champions League & UEFA cup campaign. A far cry from Al-Shabab, Doncaster Rovers, Wimbledon and the Indian National team (a team that I could probably manage myself on the basis that I’m Indian so can take the heat – literally –  and like football).

However I despite all of this we were proven wrong about Mike Ashley during the 2011-2012 season. Everything seemed to fit into place and we enjoyed our most successful season in 10 years. Yes he’s made mistakes, like last summer’s transfers gamble. But to his credit he made some headway in rectifying that mistakes in January to the sum of £20m+ with the signings of Yanga-Mbwia, Sissoko, Gouffran, Debuchey, Haidara, youngster Kevin Mbabu.

It paid off and we are now looking forward to another season in the best league in the world.

We said the same when the controversial pay-day loan lender Wonga were announced as new strip and stadium sponsors. After the initial bad press which Newcastle are subjected to (unlike other clubs like Blackpool that have the same sponsor) the end result has been a much needed cash injection, the stadium name rightly be put back to its former glory and more recently a contribution has been made to reinstate the old Gallogate iron gates.

Looking past the intial headlines I’ll try to summarise the positive and negative aspects of Mike Ashley latest move.

1.       He’s a cockney and unless you live in the north east you’ve no idea how much that can grind sometimes! Put it this way, if you’re not a Newcastle fan imagine a billionaire Geordie running your club with Sting as the owner, and Jimmy Nail directing football and Gazza Managing. Exactly.

2.       Last season’s fiasco with the lack of transfer activity proved to be too much for our small sqaud and it remains to be seen whether Joe Kinnear will be any good in attracting top players.

3.       I believe Pardew does a good job in sitting in front of the cameras, he’s likeable, doesn’t seem to show any signs of ‘cracking’ when under pressure and is coolly flippant when asked about transfers whether incoming or outgoing. He’s as honest as a man can be when he doesn’t know 100% himself. JFK doesn’t seem to ooze the same cockney charm. If anything he’s a journalists dream – “Are those bleeps coming from the swear machine or Joe’s Pacemaker?”

4.       This role could have been a real olive branch to the fans if we had appointed someone the fans could relate to, ie obviously Shearer, or Keegan or Malcolm Macdonald even. But no, that’s not how big Mike works.

5.       Joe’s last stint as manager wasn’t exactly successful, we won 5 of his 26 games in charge, which resulted in Newcastle’s relagation and Joe having a heart attack. Doesn’t bode well really.

6.       Joe’s contacts in football – if he’s half as charming in his transfer negotiations as he is to the press we’re doomed…

I may be going to the far ends of a fart but this is the reality Newcastle fans have to face.

1.       Maybe we will get some straight answers when it comes to transfers. In a positive move JFK was quick to state their commitment to keep a hold of French Star Yohan Cabaye stating “He will stay. We don’t feel we have to sell our top stars. The only players we will move on are the ones that are coming up short. You can’t have that at a massive football club like this”. The bookies however have suspended betting on Cabaye moving to Monaco.

2.       Maybe, despite not having the same sort of ‘pull’ of a figure like Viera etc, he’ll have more of a clue than Derek Llambias and Lee Charney

3.       Maybe as a football man he truly will have the best interests of the football club at heart (as opposed to looking at it for its commercial value).

4.       Maybe having someone as close to Mike will avoid a ‘Remy’ situation from happening again, ensuring once we have identified a good enough target (that fits the wage structure etc) we can actually get them over the line.

5.       Maybe Joe’s relationship with Chief Scout Graham Carr (arguably the most important man at the club right now) will be positive as the two have worked well in the past at Spurs.

6.       Maybe all will be forgotten should we manage to sign one or two of our main targets (ie Aubameyang). A big name signing will settle the fans and give them something talk/write about! However reports this morning claim Newcastle have made their first signing in 16 year old midfielder Olivier Kemen from FC Metz.

Ultimately time will tell whether this is a positive move – it took time for Ashley’s 5 year plan to take shape but with the club on a sound financial footing all we can do is try an emulate the season of 2011-2012.

With the new TV money Newcastle should be looking to push for a Europa League spot again, with the Premier League having its biggest shake up (managerially) in a long time.

Maybe now Mike’s ambitions will be to push on from their 5th finish as opposed to ‘survive’ again. Just Maybe.