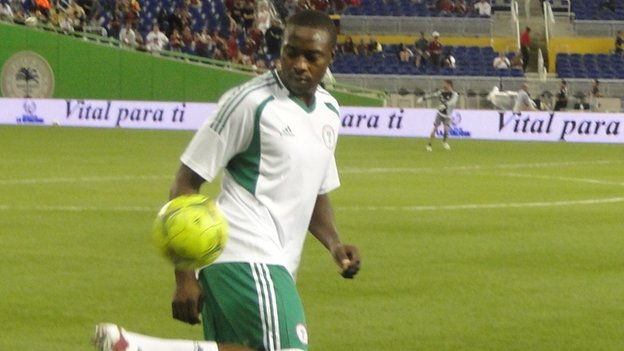 Shola Ameobi is set to make a comeback to the national set up after it's been revealed that he's being considered for the Nelson Mandela Challenge against South Africa next month.

The 31 year old veteran was part of the Provisional Super Eagles squad for the 2013 African Cup of Nations but opted out owing to a clause in his Newcastle United contract.

One of the coaches from Stephen Keshi’s backroom staff told supersport.com that the Manager is lining up Ameobi for a recall.

“The coach is looking at bringing in Shola Ameobi especially for the game against South Africa in August. You know Shola has had the clause that barred him from playing in the national team by Newcastle United removed. So he’s ready to play again for Nigeria.”

“Keshi is also looking at convincing Victor Anichebe to make a return to the team. Hopefully if talks are opened with him, it is hoped that he will agree to play for us again (in the South African game).”

The striker’s future at Newcastle has been much speculated with both Birmingham and Bolton being touted as possible destinations.

The match will be played just four days before magpies kick their 2013-14 campaign against Manchester City on August 19th.