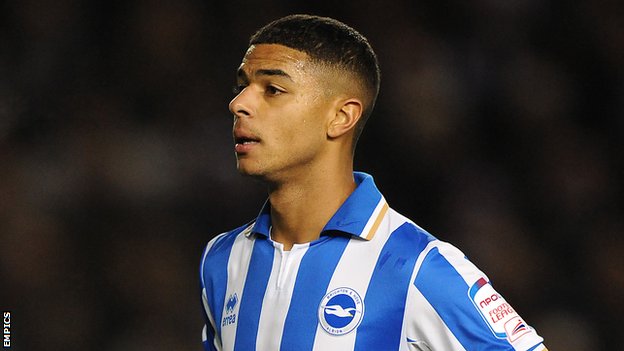 The championship has been a breeding ground for many a top player, but it can also be the death sentence to a career, just ask players like Michael Chopra and David Nugent who never lived up to their potential in the lower tier of English football, despite having a crack at the big time.

Indeed, there seems to be a growing trend of this within the English game, and seeing young players with real quality not having a prospect of playing in the Premiership can become somewhat frustrating for clubs who could be cultivating this natural talent, and produce the next english footballing superstars.

An example of one of these players could be Brighton’s Liam Bridcutt, who played against us back in January in the FA cup game at the Amex Stadium.

With his all black boots, his lack of criminal convictions and normal haircut, one may assume that Liam Bridcutt is a fairly unremarkable player, but with his performances this season being praised by much of the media, his profile as just a hard-working midfielder may be about to end.

Bridcutt who was realised by Chelsea early on in his career, stands at a 5 ft 9 and has been a rock in the midfield for Brighton, leading them to the semi finals of the Play Offs.

He has a style of play similar to Tiote, and when analysing his ability to spray balls around the park and the fact he is reaching the prime time of his career, it seems as if Brighton, who are a club wanting to pay off debts for their new stadium, could sell the young player.

Indeed, after the loss of James Perch, a versatile and defensive midfielder would be optimum and quite frankly needed in what is an aggressive and fast paced league.

Moreover, if Bridcutt were to come to Newcastle, he could challenge Tiote for a place, especially regarding the legal issues that the Ivorian central defensive midfielder faces.

Despite the fact that Bridcutt is being followed by other clubs, notably Cardiff city, the nature and stature of St James’s Park would be too hard to turn down for the young lad from Brighton, and the integration of a player who has the right amount of experience would be beneficial to the progression of Newcastle United.

2 Comments on Is this Lad A Ready-Made Perch Replacement?