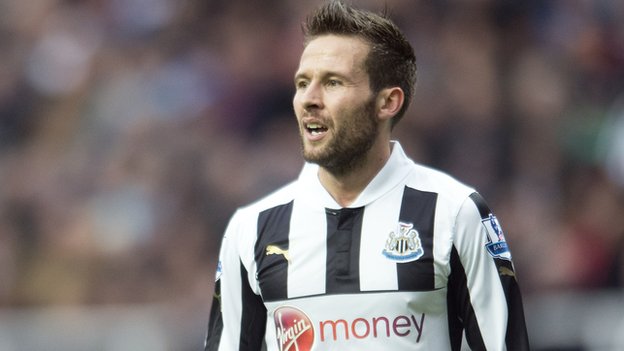 There has been some considerable media attention surrounding Yohan Cabaye in the past months, linking him with a move to other Premier League big shots like Tottenham as well as Ligue 1 champions Paris Saint-Germain. If he were to go, it would be a massive loss for the Magpies. Here’s why.

When Cabaye signed for the Toon in 2011, he was already a hot prospect among fans thanks to the promising reputation he gained in France during his time at Lille.

He began his senior career at the Ligue 1 club, and stayed there right up until he crossed the Channel two years ago, establishing himself as a renowned first-team player in the process. During those 7 prosperous seasons, the Tourcoing-born midfielder netted 39 league goals in 253 appearances for the club, as well as 35 assists. In 2010, his impressive performances earned him a place in his national team, for which he has been a regular ever since.

His early career attributes clearly haven’t been lost. Since he ditched the French reds for the English black & white stripes he’s benefited hugely from regular first team football and has helped Newcastle United to re-establish themselves in the Premier League.

His record speaks for itself. In just two years he has made 60 appearances, scored 11 goals (including 10 league goals) and made as many assists, showing an impressive talent for passing, tackling and overall team play as well as a knack for hitting the back of the net.

Perhaps Cabaye’s main attribute is his team play. He is the glue that holds the team together, connecting the back-line with the attacking force and showing great leadership in the process. He is also a common set-piece taker, putting in corners from both sides, unleashing free-kicks and taking on penalty kicks.

These strengths have earned him vice-captain status and with a few more years in him, he could no doubt claim Captain Collo’s armband, if he indeed stays at the St. James’, and potentially lead the club to future success.

As was mentioned before, not only does Yohan demonstrate strong midfield skills and nifty footwork, he also possesses the capacity to make the scoresheet. Although his responsibilities lie predominantly in the centre of the park, the French international can make space for himself and get into some deadly positions given the chance. What is more, he has a lethal shot on him, enabling him to have a go from distance when offered the opportunity.

Yohan Cabaye’s talent is clear to see, and his unique ability has not only caught the eye of the whole club and the Premier League, but has also gained him recognition in Europe and from his national team. The Newcastle number 4 has taken the fast pace of Britain’s top league in his stride and appears to have much more in the tank for the seasons to come.

Above all, the world-renowned midfielder is a source of hope for a club who has struggled to relive its success since relegation back in 2009. With encouragement from his strong fan base and beloved club, we can only hope that he stays on to further enhance his career and remain a stronghold for Newcastle United both on and off the field.

2 Comments on Why Newcastle must keep Yohan Cabaye