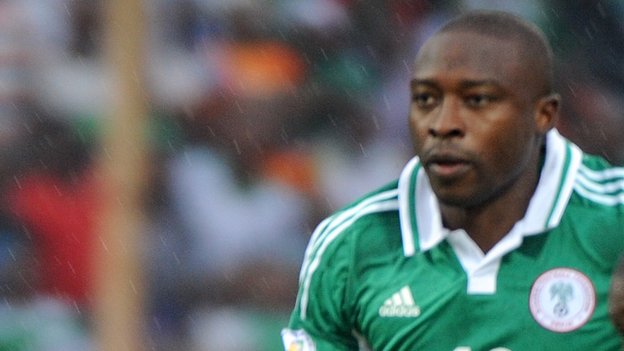 After an agonising 3 months wait following the end of last season, we finally saw the Premier League kick off for yet another season. Is there any greater feeling than that sense of relief you get on that first Saturday afternoon of a new season? You've picked your players for your fantasy team, you're back in the pub to dissect every misplaced pass, and every sitter missed. Now you're just looking forward (or as is the case with NUFC fans, dreading) the season ahead.

You’re just beginning to get into the swing of things when your early season enjoyment has been rudely interrupted by an unwanted visitor. This unwanted visitor goes by the shuddering name of “Autumn Internationals” Is there anything more pointless, sickening or downright inconvenient than the ridiculous decision to throw some two-bit international fixture that no one gives a damn about except the plastic fans who would never go to a club game, but claim to be the greatest fan alive because they travel to Backassofnowhere-Stan to support Eng-er-land? Pathetic.

I am sure that my rather strong views on the subject may have shocked, and perhaps even offended, some readers, so let me delve into why I hold such a hard-line on the subject.

International friendlies, qualifiers and tournaments are utterly pointless, and are purely designed for no other reason other than it is an opportunity for the respective Football Associations of these countries to pillage the hard earned money of the average football fan for a game that doesn’t matter because your country is not going to achieve any semblance of success in the tournament anyway! That is, unless you’re Spain, Brazil, Italy, Germany or France (sorry England you didn’t make the cut)

I have no doubt that the players themselves take great pride in representing their country; after all there is nothing more honourable than doing so, but the reality is that I couldn’t care less whether Debuchy or Cabaye take great pride in representing France, or whether Colo cries during the Argentinian national anthem. They are Newcastle United players, and that is the only team that I want these players to care about playing for. I mean, I listened to enough rubbish spouted by Michael Owen when he was crocked (on international duty no less) about how he couldn’t wait to “get fit for England”. He was employed by our club! What about getting “fit for Newcastle”?

Now let’s discuss the genius concept of the timing of these international fixtures. Let’s bear in mind that every other year, there is absolutely no football being played in the months of June, July and the early part of August, yet there are international friendlies kicking off only a matter of days before hand! Which are then followed up by another pointless set of fixtures only a matter of weeks into the new season.

Has someone not told FIFA that there are two and a half months where they could have played these games? Or would this seriously affect the hard-earned break that these poor professional footballers have so gallantly fought for? I think a serious reality check is in order. Working class families can barely afford a week away to the countryside and these guys are getting paid extortionate sums of money for kicking a ball around a field and calling for 6 week holidays so they can recover from a “long hard season”. Ridiculous.

Let’s move on to the even more farcical side of International football; the side of it that really winds me up. As an Irishman, I am all too familiar with the set up of the “Irish” international football team.  Since the days of Jackie Charlton (NUFC legend (!) ) the Republic of Ireland national team has had a sort of “open door” policy when it comes to national selection. I’m pretty sure that Tony Cascarino hadn’t even set foot in Ireland before being called up to the national side, but while we may laugh and reminisce about those heady days of “Jackie’s Army”, if you take one look at the current Irish national side, you could ask, what has changed?

In the current 29 man squad that was selected to face Sweden and Austria, 6 of those players were not even born in the country, if we also factor in the fact that 2 other squad regulars, Sean St Ledger, and Aiden McGeady are also not Irish by birth, that would count for almost one third of the entire Irish national squad having been born outside of the country. It also cannot be said that this process has provided any level of success for the Irish national side. Just ask Trappattoni, whose management style has forced the international exile of Irish born Darron Gibson and will inevitably see him out of a job in the immediate future.

If we take a look at our own NUFC squad, with the likes of Geordie born Paul Dummett playing for Wales, and Geordie raised Shola playing for Nigeria we can say that this practice is rife pretty much all over the world, and is effectively making a mockery of the international system.

To be fair to both Paul and Shola (who was born in Nigeria) they both probably feel some semblance of pride to be representing these countries, but the truth of the matter is that if they were called up to the England national side, they would undoubtedly feel more proud to represent the country in which they were raised, and as such, should not represent any other country, because doing so is for personal benefit, not for any love of the country you represent. Maybe I am alone in thinking that this practice makes a joke of a process that is already an absolute shambles.

Finally, I would finish with a detailed round up of how all NUFC players who were called up for international duty got on for their respective countries but the fact is that I do not know, nor do I care enough about international football to trawl through match reports or even bother checking the scores of these pointless games. Wake me up on Saturday, when the real football is on.