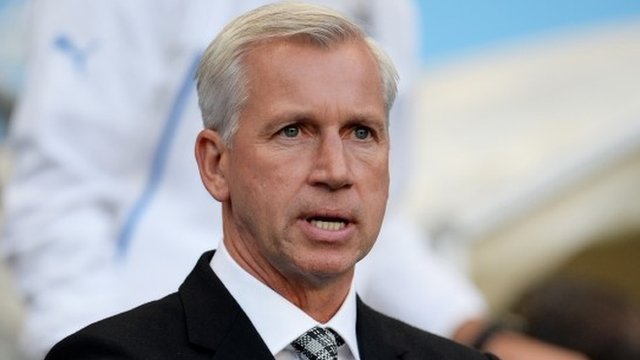 For all of our fans who claim that Newcastle United are destined to finish in the upper echelons of the Premier League this season purely on the basis that 2 seasons ago we finished 5th, listen up!

Statistical research from the famous Forbes magazine have concluded that it was always likely for Newcastle United to fall away drastically without major investment, as well as claiming that we far overreached and bucked statistics by even finishing 5th. I have heard so many claim what a fantastic manager we have for guiding us to 5th, and what a wonderful owner we have for getting us back into Europe. Well you can quit that now, because apparently it was one giant fluke.

Many of us thought at the time, myself included, that we would go on to have a relatively successful season last season with the squad that we had. However, it became incredibly apparent that we clearly did not have a big enough squad to cope with the rigours of the Premier League.

What’s more, we now have a numerically weaker squad from the squad that finished last season, having only made 1 first team addition with the loan signing of Loic Remy. So it would appear that not only did we not learn from the mistake of not strengthening when we finished 5th, we actually went and repeated that mistake over the summer by not strengthening once more.

Here is the statement that was released in Forbes magazine,

‘Last season Newcastle completed one of the worst season to season points drops in the history of the Premier League. The Toon finished 2011/12 in 5th place with 65 points from a +5 goal difference, which meant that they were going to have to make a number of changes in the close season or face a regression in points total and table position more in line with their goal difference.

There was minimal player movement (Anita the only first team squad signing) into the club in the summer 2012 transfer window, the net sum of actions in the January 2013 window doing little to change Newcastle’s fate at the end of the season. They would finish the 2012/13 season with 24 less points, 11 places lower in the table, and a -23 goal difference as they avoided relegation by only five points.

While few would have predicted such a drop from one season to the next, there was little doubt that Newcastle’s points total had greatly outperformed  their actual play on the pitch and the resultant goal difference in 2011/12. Historical data suggest teams that outperform their goal difference as Newcastle did (+10 points) often regress towards the mean next season.’

“While few would have predicted such a drop from one season to the next, there was little doubt that Newcastle’s points total had greatly outperformed  their actual play on the pitch and the resultant goal difference in 2011/12″ – it is this little snippet that I find most interesting.

An apt explanation for why we regressed so far last season was that we should not have even been up in 5th place in 2011/12 and this is proven by historical data of the Premier League. Factors like Chelsea and Liverpool under-performing, as well as Everton not being as competitive were as much factors in our 5th place finish as our own play was. Perhaps even more so.

What do you think? Do you agree that our 5th place finish was a statistical blip? Or were we more worthy of 5th than these statistics seem to indicate? I’d love to hear your views.

1 Comment on 5th place was a statistical anomaly says Forbes