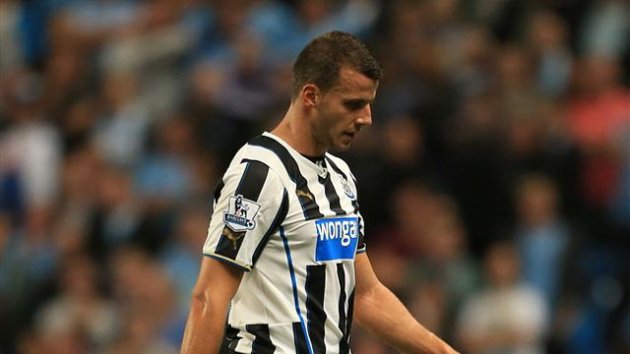 Paul Dummett's goal against Liverpool last weekend proved that dreams really can come true. The local lad who is a product of Newcastle United's academy, wheeled away in as much disbelief as delight as his side footed effort hit the back of the Gallowgate net.

As he ran to the fans, arms aloft with a grin as wide as the Tyne itself, I’m sure I’m not the only one who thought back to Steven Taylor’s similarly elated display after his first goal back in 2007.

And certainly the comparisons are there to be made. Both are Geordies, both are defenders, and both represent the same enthusiasm by which the late Bobby Robson characterised the club :

“It’s the noise, the passion, the feeling of belonging, the pride in your city. It’s a small boy clambering up stadium steps for the very first time, gripping his father’s hand, gawping at that hallowed stretch of turf beneath him and without being able to do a thing about it, falling in love.”

But it is in this airbrushed romanticism that the similarity ends. While Dummett’s recent performances in the League Cup and of course against Liverpool have oozed promise and potential, Taylor carves an increasingly forlorn figure in Alan Pardew’s plans.

His calamatious display against Manchester City in this season’s curtain raiser was not a one off and were he not a Geordie, he probably would have been dropped some time ago.

Indeed, it is perhaps thanks to the unique emphasis that Newcastle fans put on locality that wor Taylor’s ethnicity has kept him in the frame.

It hasn’t always been like this though; in his youth, Taylor captained the England Under 21s side and until last season I’d be bold enough to say the lad was an outside shout for the senior team, should Gary Cahill, Phil Jagielka, Phil Jones, Chris Smalling and Michael Dawson all suddenly become injured.

But for whatever reason, this once reliable centre half has joined the ranks of mediocrity, with his North East accent his only saving grace.

Pardew’s preferred partnership it seems is that of Coloccini/Williamson and rightly so. The pair started more times together than any other in 2011/2012, the season we finished fifth.

But injury to Coloccini and suspension to Yanga-Mbwia means that Taylor could be drafted in to start alongside Willo in this coming weekend’s Wear-Tyne derby.

It is here the Geordie argument gathers pace. Despite Taylor’s dip in form, there is a case to suggest that his ‘understanding’ of the fixture’s cultural significance as well as experience of the pressure involved makes him the best option to play.

I’m going to stick my neck out though. Why not start Dummett at centre half? I’m well aware that he’s a left back by trade, but his performance in a makeshift role in his last game was extremely impressive, and got capped off with a fairy tale goal. It’s a risk to play Dummett given his inexperience, but I’d say at this stage it’s just as much of one to play Taylor…..and Tiote for that matter.

Despite my harsh words, I don’t think time is up for Taylor; I think he still has a role to play in the fate of Newcastle United, but the emergence of Dummett could make sure it’s one in the supporting cast.