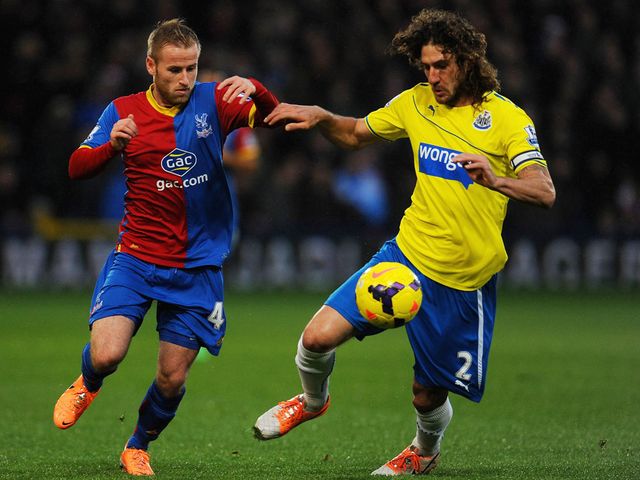 Newcastle United will host Crystal Palace this weekend hoping to get back into the win column after a disappointing defeat to Fulham.

The Magpies will face a Palace side that has seen some modest improvement under manager Tony Pulis, who took over for Ian Holloway in November. The London club are currently in 17th position, three points up on Sunderland who have two matches in hand.

Newcastle are coming off a defeat to Fulham and should be aware of how dangerous a club could be when they are desperate. Alan Pardew’s assistant John Carver will, of course fill in for the suspended manager once again.

Newcastle beat Crystal Palace 3-0 at Selhurst Park on December 21st in the first meeting between the two clubs this season. Carver will hope he could earn his first victory before playing Everton on Tuesday, followed by another tough test against Southampton next Saturday.

Mathieu Debuchy is still battling a groin injury and will likely miss at least a few more weeks. The news is not any better for leading goalscorer Loïc Rémy. The French striker will also miss the match with a calf injury.

Newcastle have failed to score in all six matches Rémy has missed so far this season due to injury or suspension.

But Tony Pulis has his concerns at the striker position as well. Marouane Chamakh has a hamstring injury and will not play. Neither will impact substitute Dwight Gayle, who is battling an ankle injury.

Tony Pulis has done a good job since taking charge of Crystal Palace. Under Pulis, Palace has managed a respectable seven wins, three draws and nine defeats in 19 matches.

Like with Stoke City, Pulis has preached defensive responsibility above all else. Palace has only conceded 38 goals all season, which is two goals less than Newcastle after 29 matches. The problem is scoring goals. They rank last in the Premiership with only 19 goals for.

In Chamakh’s absence, Pulis has used the 4-2-3-1 formation with Glenn Murray as the centre-forward. However, the Welsh manager could go back to the 4-4-2 formation against Newcastle. Palace have scored only one goal in their last four matches.

Scoring has been a struggle all season, made worse by the absence of Chamakh who leads the club with five goals this season. Murray has only one goal in five matches so far. While, Cameron Jerome has one in 21 matches.

John Carver’s primary concern on Saturday will also be scoring goals. The interim manager is expected to stay with the 4-4-2 formation. The only question is, who will start up front.

Papiss Cissé has only one League goal all season. Luuk de Jong has yet to score in six matches with Newcastle so far but he had a positive display against Fulham last week.

Mapou Yanga-Mbiwa should once again occupy the right side in place of the injured Debuchy. If Santon is not available to start, Carver has a good alternative in Paul Dummett.

Crystal Palace will go into St.James’ Park short-handed, missing their top two attackers. Tony Pulis’ club have not won in their last four matches and scored only one goal in that time.

However, the club knows how to keep the score down. Palace have not conceded more than two goals in a match since losing 3-0 to Newcastle on December 21st.

The Magpies have had their own difficulties scoring goals. The home side have scored just once in their last five at St. James’ Park. They have also failed to score in eight of their last 11 matches in the League.

An early goal would be crucial for Newcastle in this match. The home side had some difficulty creating chances last week against Fulham. However, the squad has enough quality to overcome Crystal Palace.