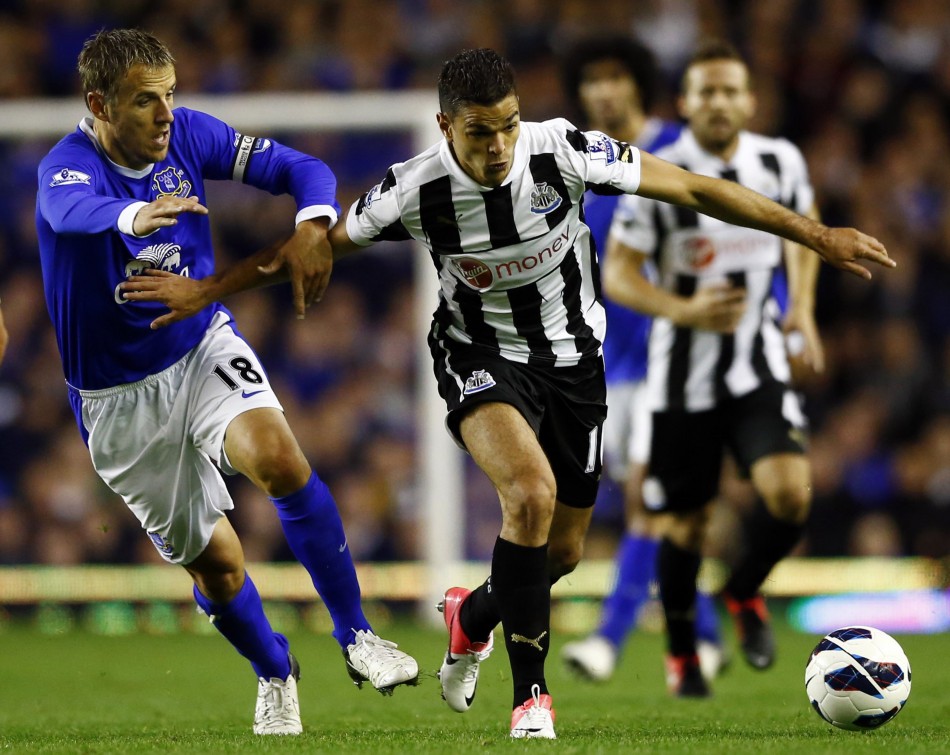 Newcastle United will face Everton at St. James' Park in a mid-week encounter between two of the Premier League's most surprising clubs this season.

The Magpies are coming off a victory against Crystal Palace on the weekend, thanks to a late goal by Papiss Cissé. The club has now won three of their last four League matches, with the only blemish being a 1-0 defeat to Fulham.

However, Newcastle will now enter a period of matches against much stronger opponents. After Everton on Tuesday, the Magpies will travel to Southampton this weekend.

Newcastle will face Manchester United back home on April 5th. The next few matches will go a long way in determining where the club will finish this season.

Roberto Martínez’s Everton side currently sit in 6th position, just two points behind Tottenham for the final Europa League position. They are in good form overall, having won three of their last four League matches as well.

John Carver will once again take charge of Newcastle this weekend. Alan Pardew will finish his three-match stadium ban on Tuesday. However, he will still have to serve a four-match touchline ban.

Davide Santon was not fit enough to return from a knee injury against Crystal Palace and remains a doubt for Tuesday. Gabriel Obertan could also return against Everton. He has been out two months with a knee injury as well.

Loïc Rémy is still at least a week away from returning with a calf injury. Full-back Mathieu Debuchy will also not play because of a groin injury. And Sammy Ameobi could be unavailable because of an ankle injury.

As for Everton, centre back Phil Jagielka may return to action after missing a month with a hamstring problem. Roberto Martinez said Monday that the English defender is almost fit and could return to action as early as Tuesday.

Midfielder Steven Pienaar is out indefinitely with a knee injury. Lacina Traore (hamstring), Bryan Oviedo (broken leg) and Arouna Kone and Darron Gibson (both knee) are all out long-term as well.

Everton are a well-organized squad that could defend and attack in equal measure. Roberto Martinez has favored the 4-2-3-1 formation this season.

As expected, Belgian international Romelu Lukaku will play upfront for Everton. Although slightly off his pace from last season, Lukaku still leads the club with 11 goals. He has scored three goals in three League matches against Newcastle.

Fellow Belgian Kevin Mirallas and Gerard Deulofeu are the likely choices on the wings. Attacking midfielder Ross Barkley is another player to watch on Tuesday. He has been in good form this season and has earned three senior caps with England. Leighton Baines is also a formidable threat on the left side and on set pieces.

Newcastle should once again line up in a 4-4-2 formation to start the match. Despite Saturday’s victory, the partnership between Papiss Cissé and Luuk de Jong looked far from convincing. But in Rémy’s absence, Newcastle’s options are very limited.

Paul Dummett will once again play if left-back Davide Santon is not able to go. While Mapou Yanga-Mbiwa will play on the right side in the absence of Debuchy. John Carver is not expected to make any major changes against Everton.

Despite Everton’s position in the table, the club’s away record has been poor. Only four of the Toffees’ wins this season have come on the road. They have not won any of their last five League matches away from Goodison Park, having failed to score in their last three away matches.

But recent history favours the club. Everton is unbeaten in their last four League matches against Newcastle. That includes a 3-2 win at Goodison Park on September 30th.

The Magpies will need to take advantage of their opportunities in order to overcome a strong Everton side. Saturday’s victory was their first win without Loïc Rémy this season. Luuk de Jong is yet to score in seven matches and could be ready to break out.

Despite looking far from their best, Newcastle has managed to turn the tide in recent weeks. Their goalscoring woes are a concern but the squad has demonstrated an ability to raise their quality against stronger opponents this season. Newcastle United earn the victory.