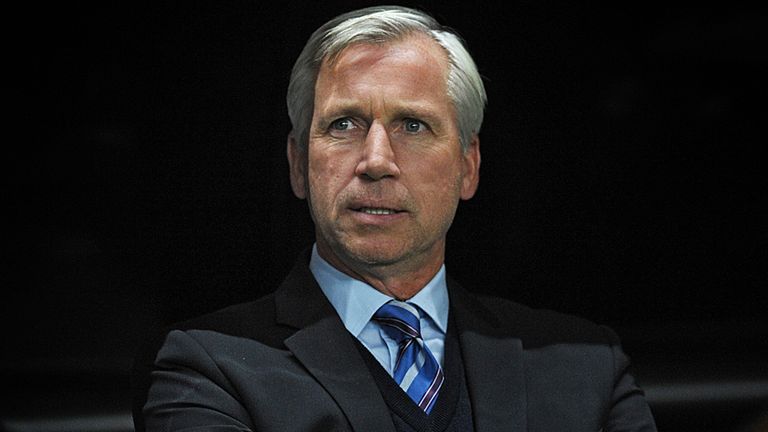 It is seldom that a club finds itself with eight games of the season remaining, but with seemingly little to play for; but that is very much the situation at Newcastle United at the moment.

Currently, the Toon army lie in eighth position on 46 points, having secured enough points to stave off relegation comfortably. That total however is likely not enough to make a realistic attempt at landing one of the Europa League spots available, even if an Arsenal FA Cup win could make a third place available in the competition to the 7th placed Premier League team.

Newcastle lie five points adrift of Manchester United in seventh, with a markedly inferior goal difference. They are ten points behind Tottenham in fifth, although Spurs have played a game more, while Everton in sixth have played a game less than Newcastle and are eight points ahead.

Furthermore, for the vast majority of games for the remainder of the season Alan Pardew will either be unable to attend the game, or will be watching from the stands, it does leave the club in a somewhat unusual state of limbo for late March.

The politically correct answer here of course would be to hope that Newcastle can put together a sustained run and try and sneak one of the potentially three Europa League spots that could be available in the Premier League.

While European football would certainly welcome a club of Newcastle’s stature back into the Europa League, it is questionable whether Newcastle would gain any real benefit from being in the competition, especially given the excess demands it places on the clubs players in terms of games and also the negative effect of the amount of travelling involved.

The financial rewards of the competition do not really justify the amount of travelling needed to complete the early stages of the tournament nor the negative effect this can have on league results and performances, as Swansea City and Wigan Athletic found out earlier on this season when they were involved in the league stages.

So it seems that alongside Southampton in 9th, Newcastle are battling with the Saints to secure 8th spot in the Premier League. With almost an £800,000 difference between finishing in 8th compared to 9th, it is certainly a battle worth winning.

So the question is, with seemingly just £800,000 to play for, how should Newcastle United approach the rest of the season.

A key issue here is Pardew’s absence from the dugout. I’m pretty sure that the manager would want a strong finish to the season, allied with the all-too-rare chance to try out a few new things ahead of next season, but the fact that he won’t be pitch side for most of the remaining games does impact his ability to do this somewhat.

However, there is a lot he can do on the training pitch and with the financial directors at the club to ensure that next season, Newcastle can make a more positive start and address the issues that have dogged them this season

The Frenchman’s departure to Paris St Germain has left a sizeable hole in the Newcastle midfield. He was an underappreciated talent in the Premier League in general and his loss is still plainly evident at times when you see Newcastle play.

Finding the right replacement for Cabaye would also address one of the other key issues that have dogged Pardew’s men this season.

At times this season, Newcastle have looked an strong, resilient top level Premier League team, wins at Old Trafford at home to Stoke and Chelsea and a stirring performance with 10-men against Liverpool at St James’ Park are just some highlights. Yet there have equally been some shocking performances and results, two games against our fiercest rivals, a 4-0 thumping at home to Spurs and the 1-0 defeat at Fulham spring to mind.

This lack of consistency has ensured that Newcastle remain off the pace for European places in the Premier League. Pardew needs to spend time finding out how to get the best from the players he has and how to turn that into a team that doesn’t play a blinder one week, only to look utterly devoid of form the next.

Newcastle are generally solid, but unfortunately despite having some genuinely creative players in the team, we seem to lack invention at times. That situation has been exacerbated greatly since Cabaye’s departure and Ben Arfa’s lack of consistency means he is hardly the most reliable player we have.

Pardew needs to develop a system which marries the solid back line, with a more consistent attacking threat. If we don’t have the players we need (and I’m not sure we do at the moment) then we need to think hard about who to bring in.

Of all the players the club has been linked with in the past few months, a move to bring back Demba Ba from Chelsea would be a good start, although his wages could prove a stumbling block. In midfield Aaron Hunt of Werder Bremen, young PSV Eindhoven midfielder Adam Maher and perhaps most ambitiously Raul Garcia from Atletico Madrid would improve the options in the key central midfield area and address the void left by Cabaye’s sale.

Lastly, a top quality defender who could play several positions would be an ideal, which makes Micah Richards of Manchester City an intriguing possibility.

I also think Pardew needs to take a long hard look at himself and his backroom team too. Are we really getting the best out of the players we sign? If not, why not? The manager has already said he needs to re-evaluate his behaviour on the touchline, perhaps too he needs to review how he puts together his teams as too often this season, it just hasn’t worked.

The positive side of things is that there is real promise within this squad to improve on this season, it remains to be seen whether we have the ambition, finance and ability to do so in 2014/15.

1 Comment on How Should Newcastle United Approach The Rest Of The Season?