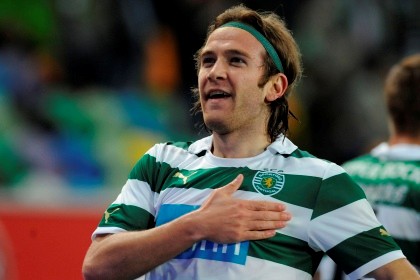 Newcastle United are this morning being linked with a move for Spanish midfielder, Diego Capel, currently plying his trade at Portuguese heavyweights, Sporting Lisbon.

Both Newcastle and Sunderland have supposedly been offered the winger, but with the Black Cats potentially playing next season in the Championship (HA HA), Newcastle would be clear favourites to land Capel.

He has played twice for the Spain national side, and at a reasonably-priced £4m, a move for the lad may well be smart.

The priority target for Newcastle remains a striker and the Summer is likely a lot of  movement (fingers crossed) on that front. Nevertheless, the squad is beginning to look very thin in terms of quantity and quality, and that has been exposed heavily over the past few months, in a downward turn that has ripped the rug from under our feet.

I, myself, am beginning to get tired of our exhaustion of the french leagues, and think that an insight into the other major European divisions is definitely needed, especially one such as the Portuguese ‘Primeira Liga’ which has played a foundation role in cultivating some of the world’s leading players (Cristiano Ronaldo, for example) today.

With a dramatic drop in the recent form of Yoan Gouffran, a move for a new winger could certainly do a lot in improving the squad. Other names such as Tom Ince, and Clement Grenier have been thrown around as well, so it looks as though a new wide player could well be on the cards.

Here’s a video of the lad in action: