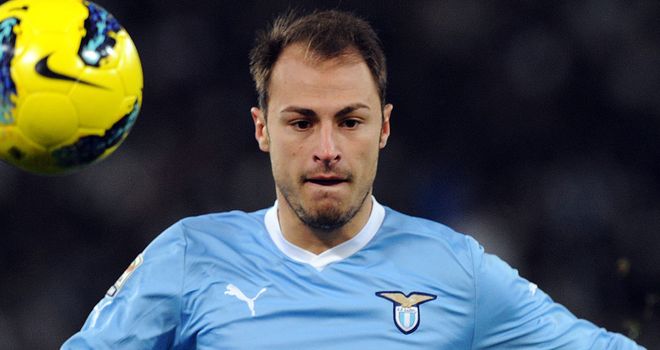 Newcastle could make an 8million pound bid for Romanian Center Back Stefan Radu who plays for Rome Club Lazio.

The 27 year old joined the Biancocelesti in 2008 from Dinamo București in 2008 initially on loan and has since gone on to make more than 150 appearances for the club.

The Center Back who signed a five year deal in 2011 and has two years left to run on his contract looks like won’t be signing a new contract. The Aquile don’t want to lose him for a reduced amount and are willing to listen to offers of around 8 million pounds.

Manchester United and Tottenham Hotspur from the Premier League have been linked with a move for the player. There is also interest from Serie A with Fiorentina.

Radu, who is mainly a Center Back can also play as a Left Back and that is where he has used sometimes by new Lazio coach Edoardo Reja.

The Magpies are well stocked up when it comes to Center Backs with Steven Taylor, Fabricio Coloccini, Mapou Yanga-Mbiwa and Mike Williamson although the quality has sometimes been questioned.

Players have been linked away too with Steven Taylor linked with a move abroad and the club willing to listen to all offers that match their valuation.

Radu could be a good addition to the defence that has conceded more than 110 goals in the League over the past two seasons and at times has looked very shaky. His European experience could also come in handy.

1 Comment on Newcastle could bid for Romanian Center Back