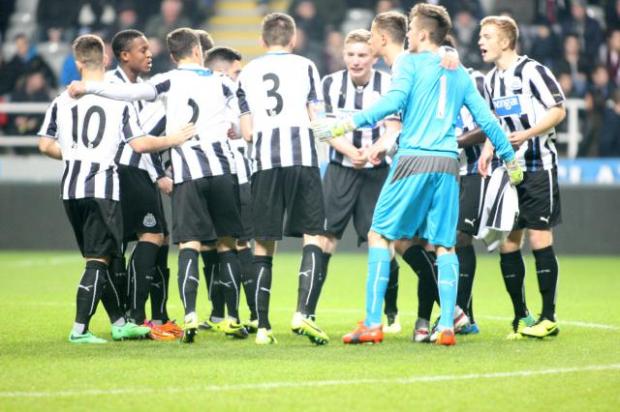 Newcastle United’s Under 19 team were today knocked out of the Oberndorf Tournament in Germany.

Newcastle beat Frankfurt 1-0 in their opening match, following that they drew 0-0 with the team from Brazilian capital and in their third match they lost 3-0 to Bayer Leverkusen. That meant the side from the North-east of England finished third with 4 points and a goal difference of -2. It also means that they are not in contention for any finals.

In their placement qualifiers the team did beat Team Schwarzwald 5-4 and will now play Eintracht Frankfurt again on Sunday to determine who finishes 5th.

The tournament is organised by Oberndorf 1911 e.V  and is played for 25 minutes per half with the finals lasting 30 minutes each half.

The team were coached by Newcastle legend and Under-21 coach Peter Beardsley.

The club have previously won the same tournament twice, once under John Carver in 1997 and once under Glenn Roeder in 2005.