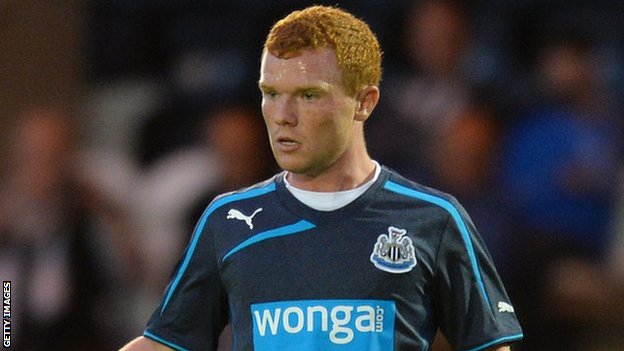 Campbell, who was only last season touted as ‘the next Wayne Rooney’, will spend the next month at the Highbury Stadium, hoping to impress the Newcastle hierachy.

Campbell has already spent time on loan at Carlisle and St. Mirren since signing his first professional contract in the Summer of 2012, but in both he spells he failed to find his feet.

Campbell won the Most Valuable Player award at the 2010 Nike Cup at Old Trafford. In addition, Campbell was awarded Premier Player of the Tournament at the 2012 Milk Cup.

The teenager has played three times for Newcastle United so far and made his competitive bow for the Magpies against Atromitos in the Europa League in August 2012.

His Premier League debut followed seven months later at home to Stoke City, as he came off the bench late in the second half to help the North East outfit claim a 2-1 victory.

Nevertheless, this loan move summons a new chapter in Campbell’s career, and we sincerely hope he manages to impress Alan Pardew, the man in charge of what is fast becoming a very competitive squad.