Speculation has been rife over the last couple of weeks that Newcastle United are willing to sell vice captain, Cheick Tiote. Arsenal and Locomotive Moscow from the Russian Premier League have been credited with interest. 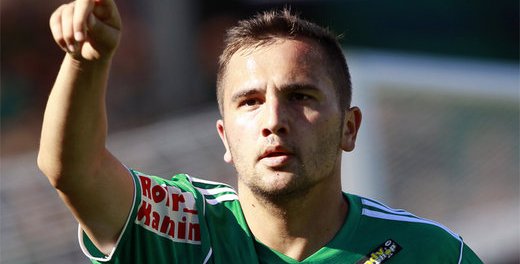 Tiote’s departure would leave a major hole in the Magpies midfield, especailly considering the ever-increasing demands of Premier League season on the back of a World Cup.

Recent reports had suggested that Newcastle had opened talks with Bosnia-Herzegovina midfielder Anel Hadzic. In fact the midfielder in July was quoted as saying that he hoped a deal with an English club could be done within a week.

This is what the 25 year old said back in July:

“I do have a specific offer from a club in the Italian top division and my representatives informed me yesterday that two clubs in England are interested in my services.

“However, I can’t discuss any names. Everything should be clear in the next five or six days.”

The local media in Newcastle had also reported that the midfielder’s agents would be in Newcastle to talk with the club.

Hadzic who can play as both an attacking midfielder as well as defensive has only 12 months remaining on his contract and could be available for a fee of around £2million.

The Yugoslavian born player plays for Austrian side Sturm Graz and made 31 appearances for the club last season scoring four goals. He also represented Bosnia-Herzegovina in 2014 World Cup, playing in his country’s 3-1 win over Iran in Salvador.

It would not come as a massive surprise given how Mike Ashley does business if the player is already in line to replace Tiote. It would save the chairman wages as well as make him a decent profit in transfer fees.

Are you looking to hire out a skip in Newcastle? If so, click HERE.