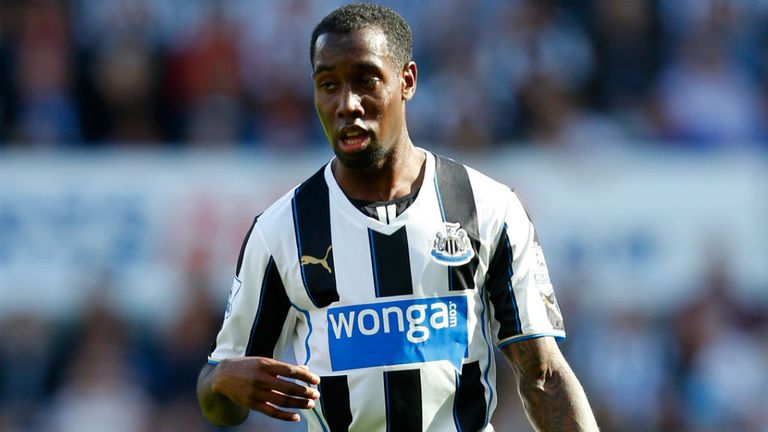 The Dutchman has been at the club for two and a half years, but the question about his ability still lingers on the terraces at St James’ Park. He has never asserted himself as a key player at the club, despite arriving with some pedigree as a graduate from the famous Ajax academy.

Anita had also picked up a handful of caps for the Dutch national squad before he signed for us back in the summer of 2012. Many in Holland saw the move as an opportunity for Anita to prove himself in the top flight and achieve a regular place in the Holland squad. Two and a half years later, neither of those have happened.

After joining the club, his former manager Frank de Boer lauded him as a ‘great player’, citing his versatility and work rate as being important in his game. Although these are attributes that Newcastle fans can’t disagree with, as he has shown a good attitude throughout his career in the North East, while he has also shown he can play in defence and midfield, he has never shown the quality that was expected from him. After all versatility and work rate were traits offered by James Perch and Jonas Gutierrez before him.

As Newcastle’s only major signing in the summer of 2012, it was expected that Anita would go on to improve the first eleven. He was brought in to act as the midfield link between the defensive work of Cheick Tiote and the creativity of Yohan Cabaye, and as such changing the formation to a fluid 4-3-3. However he has rarely been seen in this role as Alan Pardew had to fit Demba Ba and Papiss Cisse into the side. Then the signing of Moussa Sissoko led to Anita being seen as a rotational midfielder, rather than a regular option for the first team.

We have seen glimpses of the quality that once saw Vurnon Anita play for Holland. The matches last season away at Manchester United and Hull City showed that Anita could influence games, as his ability to link the two halves of the pitch led to some impressive counter attacking football, but he has never pushed on to become the player that Graham Carr expected him to be for the club. This may have been due to Alan Pardew’s limited tactical acumen to play a formation to regularly see the best of the midfielder. Or it may be down to Anita’s own failures to adapt and compete physically in the English top flight. Or a mixture of both.

For the majority of his time at the club he has featured in a midfield two in the centre of the park, which doesn’t suit him at all. He lacks the strength and tackling ability to compete with the best in midfield and although he has a good passing range, he has never been a player who can cut open defences at will. Critics of the midfielder mention his poor goal and assist record since joining the club, but neither are a huge part of Anita’s game. The Dutchman enhances the game of other players and when used correctly, gives the side a very strong tactical identity. He has rarely been used correctly throughout his time at St James’ Park and it’s no surprise the player himself has been non-committal about his future on Tyneside.

The next month will be huge for Anita as he will be given first team football in the absence of Cheick Tiote. In a midfield trio alongside Moussa Sissoko and Jack Colback could see Anita begin to get back to his best football. There wouldn’t be a shortage of interest in the midfielder if he does choose to leave in the near future as his game would be perfect for Serie A or La Liga, while he could even seek a return to the Eredivisie to play for either Ajax or PSV. The Dutchman has a lot to prove over the next six months and if we appoint the right head coach, Anita could finally start to prosper on Tyneside.