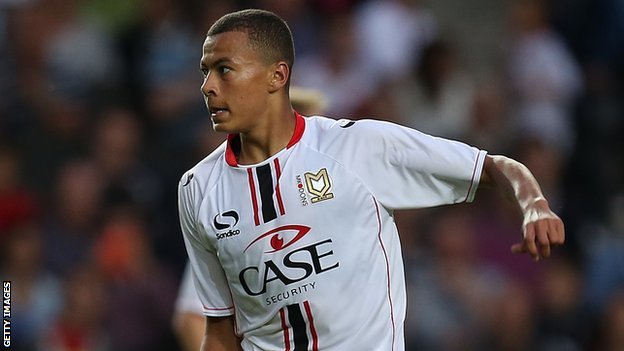 The Daily Mail are reporting that Newcastle have finally won the race to sign MK Dons' talented midfielder, Dele Alli.

The 18 year-old has been linked on and off with the club over the past 12 months, and it had appeared that our most recent rumoured interest in the lad was once again airy speculation.

But it now seems as though our pursuit of the youngster, who has been drawing comparisons to his hero Steven Gerrard, has finally materialised in an agreement. Sportsmail understands that an initial fee of £4million has been agreed, rising to £5m with add-ons.

Having scored 12 goals from midfield already this season, the lad had been attracting interest from the likes of Liverpool, Manchester City and Tottenham. So if Newcastle do indeed manage to agree a deal for the England youth international, it would be an absolute steal.

Here is a video of the lad in action for MK Dons. He looks like quite the player!

With Karl Darlow and Jamaal Lascelles set to arrive on Tyneside in the Summer, and with Rolando Aarons, Adam Armstrong and Jack Colback already in the team, Newcastle are developing a real stronghold of young English talent – no longer will we be branded as the UK’s number one practitioner of french exports.

Let’s hope these reports in the Mail have substance.