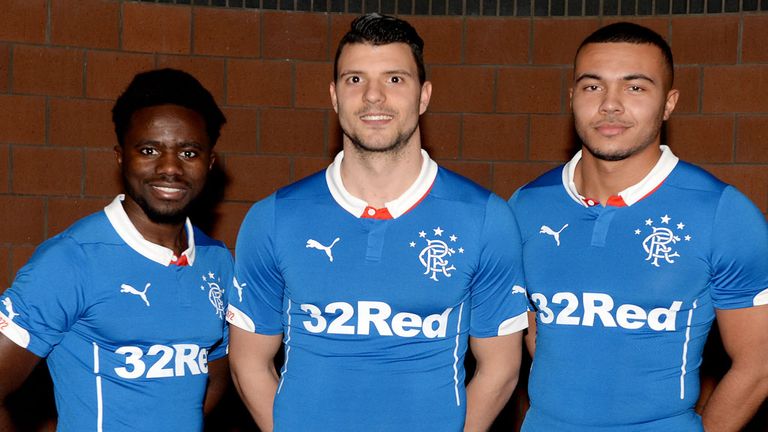 Newcastle had a very quiet transfer deadline day in terms of incomings, as pretty much all of us expected, but five of our reserve players have made the trip North of the border to join Rangers.

I’m not sure if I’m too comfortable with this move from the club as it seems a lot like Mike Ashley is abusing his power in order to tighten his grip on Rangers. The coming months will be telling in Ashley’s future at both clubs, as he surely can’t maintain control over both, especially given the size of each club.

Anyway, the current relationship with Rangers could bring some benefits, as five of our reserve players will now be getting regular first team football. The league may not be the most competitive, but it is better for their development than the U21 league, which does little to improve a player. The emergence of Mehdi Abeid this season highlights the benefits of going out and getting game time. Hopefully one or two of the Rangers’ five can follow in his footsteps.

Gael Bigirimana is the biggest name to make the trip to Glasgow. Despite being in the reserves for over 18 months, many still think the midfielder has something to offer the first team. He was very impressive in his debut season at the club, but he has failed to push on since then.

Although many will blame that on the limited opportunities that he has had. He looked capable of being a part of our squad for years to come during the 2012/13 campaign, even starting the crucial Europa League quarter final against Benfica. Bigirimana could yet have a future on Tyneside if he starts to show that quality once again.

The next three months will be crucial for his career. If he impresses in Scotland, the head coach in the summer could opt to give him an opportunity in the first team squad once again.

Haris Vuckic and Shane Ferguson fall under the same category for me of players who have been around for a long time, but had little impact on the first eleven. The former has seen his career on Tyneside ruined by injuries, while the second has never really shown his quality when out on loan, making it difficult to break into the first team squad. Both had lots of potential when the club got promoted from the Championship, but they’ve never kicked on.

They will likely to be using their time in Scotland to impress scouts from around the UK to earn a move to another club in the summer. I can’t see a way back for either of them at St James’ Park.

The other two players who will be spending the rest of the season on loan at Rangers are Remie Streete and Kevin Mbabu, both of whom are defenders, something we are lacking in the first team at the moment. It might have been more wise to keep Streete, given how highly rated he is, but if the club prefer Lubo Satka then that would explain why Streete has been allowed to leave the club on loan again.

His contract runs out in the summer, so he will certainly see the first team football as an opportunity to earn a move elsewhere. Kevin Mbabu on the other hand has never really been mentioned in the same breath as the first team, but he could use this loan spell as a way of getting into that picture. He was highly rated when he signed, however injuries have prevented him from getting any chances at St James’ Park. Mbabu is only 19 and still has time on his side.

I’m not sure any of the five have a future at the club, but the same could have been said about Abeid last year or Paul Dummett when he was on loan at St Mirren.

All five have an excellent chance to show why they should be considered as future Newcastle players and one or two could earn their way into the picture come pre season. Bigirimana probably has the best chance to do that given his experience in the first team, but any of the other four could do it if they perform consistently in Scotland.