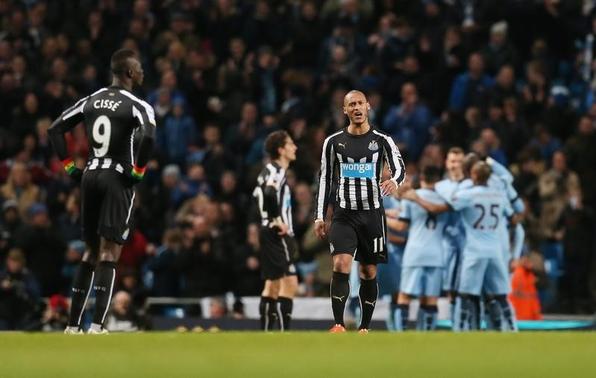 I’m normally a positive Newcastle fan, and often try and see the best in both the squad and the coaching staff. However it’s becoming increasingly difficult to defend the club in its current state. It’s hard to argue against the fact that we should be achieving a lot more than we are.

We have a brilliant ground, an incredible fan base and good facilities, with a top of the range training ground possibly on the way, although talk of that has gone quiet of late. After seeing the disgraceful performance against Manchester City, it is impossible to defend the club right now as nobody appears to care on the pitch or off it. The apathy amongst the fans is understandable and the falling attendances at St James’ Park will continue as it’s being harder to justify paying to watch the club we all love.

Football is a very basic game in principle, but the increasing revenue streams and the importance of being a Premier League club has turned many clubs into businesses who see a 17th place finish in the league as a bigger success than reaching an FA Cup final. In the game at the moment, money is king and the fans are exploited as cash cows in the business model rather than being treated as the centre of the institution as they should be.

Newcastle fans will know all about this, as the club only cares about taking our hard earned cash and they clearly don’t care about giving us any joy while following the side.

This season really has been appalling even by our standards as we have seen absolutely no ambition from the board. Last month we had the opportunity to bring in a new head coach to breathe fresh impetus into our season. Meanwhile we also could have brought in one or two new players into the squad to allow us to push on for a top eight finish as the platform was certainly there to do so.

However, instead of showing ambition and spending a little bit of money, the club have opted to write off the rest of the season for the second year in a row. The decision to leave the squad with only five fit defenders (now four) is the biggest insult to the fans, who aren’t respected at all by those on the club board. The 2000+ fans who travelled to Manchester City spent hundreds of pounds on travel and tickets combined, yet they had to be put through one of the worst performances in recent history.

There is no plan in place for progression with the club having been the same since they returned to the top flight, with four mediocre campaigns and one very good one. The 2011/12 season should be the norm, not the exception. I’m not saying that we need to be finishing in the European places every season, but as a club we should be challenging in the top eight consistently and trying to win every single football match we take part in. At the moment, nobody in the world can say that Newcastle do that.

As professionals, the coaching staff and the players need to work hard and put everything on the line every single match. That is all we want, but yesterday players pulled out of tackles, jogged back slowly when City were attacking and stood still when they got through on goal. Everybody who was involved yesterday needs to look at their integrity as professionals as their credibility has to be in question.

Going forward, I can’t see much progression on or off the pitch which is a huge worry. This summer, the board must appoint a whole new coaching staff, release a properly formulated plan for progression and give the squad a complete overhaul. They need to prove to us as fans that they are serious in taking the club forward.

It is alright hearing all about due diligence from Lee Charnley, but the total inaction makes it impossible to support the club off the pitch. Meanwhile the lack of application and effort from the players make it impossible for us to support them on it either. The Newcastle fans are amongst the most loyal and passionate fans in football, but the increasing apathy will lead to them abandoning the club for the foreseeable future, some already have.

If the club don’t make significant changes in the near future, it won’t be protests this time, fans will just stop caring and won’t go to the matches. That is the reality of the mood within the fanbase at the moment.