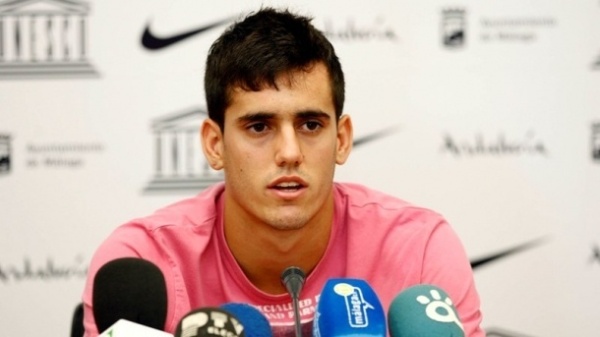 Newcastle United have today been linked with an interest in Malaga striker Juanmi Jimenez, in what has been dubbed an "exclusive" by TuttoMercatoWeb.

Since Joining Malaga in 2010 the center forward has made 74 league appearances and has scored 17 goals. This season though has played 13 games and scored three goals after being promoted to the first team squad.

The 21 year old striker was recently called up by Spain to replace injured Diego Costa; he has also been a regular for the Spanish Under age teams and has had a decent goal scoring record.

The club must also have had a close look at him when they played Malaga in a pre-season friendly last summer in Germany, a game that Juanmi started.

The Magpies in the last year or so have been linked with a lot of Spanish players so there could be something to this story. However, if a young unproven striker is what the club needs is a different question.

Jimenez is contracted to the Andalusian club till 2018 so the club will have to shell out a decent transfer fee for him.

He could be one of those hidden gems like Ayoze Perez who was signed from Tenerife last summer.