Could Daniel Amartey be on his way to St. James' Park?

Either Lee Charnley and Graham Carr have been very busy over the past few days, or journalists are working hard to beguile Toon fans up and down the country - because the club have been linked with no less than THREE new names over the past 24 hours.

This might not seem like massively surprising news, considering how often we are linked with players that never actually sign for us. Nevertheless, the most recent rumours that have been churned out by the tabloids have tended to be recycled. So many times, fans have been enticed into following long-drawn transfer sagas involving the club, and so many times we have been let down.

In recent years, the likes of Erik Pieters, Tranquillo Barnetta, M’baye Niang and Alexandre Lacazette have been linked with Newcastle repeatedly, and none of them ever signed.

Therefore, for the club to be linked with three new names in one day is a bit of a rarity. So, let’s take a look at the three lads in question:

First up, we have Jannik Vestergaard, a 23 year old centre-back currently playing his trade in Germany for Werder Bremen.

Vestergaard only joined from Hoffenheim for 2.5m euros (approx £1.8m) in January and has played fifteen times since for the club. Standing at a massive 6ft 7 inches, the defender certainly fits the bill size-wise as the dominant central defender many supporters think Newcastle are still lacking.

The young defender has played three times for his country and is believed to want a move to the Premier League. With Everton also  supposedly in the hunt, however, we could face difficult competition for the centre-back. I personally can’t see Vestergaard being the answer to our problems; though, admittedly, I haven’t seen him play, we need Premiership experience and Vestergaard does not fit that bill.

Next up, we have Ghanaian centre-back, Daniel Amartey, who is currently plying his trade in Denmark with FC Copenhagen.

The versatile youngster, who fits in well at central defence, defensive midfield and can also play at right-back.

Amartey shot to prominence after playing for the Ghana at the 2015 Africa Cup of Nations where he helped the West Africans finish second, and it would be fair to say he has been the subject of intense speculation over the Summer.

Copenhagen are adamant the 20-year-old remains at the club for another season and have reportedly been dismissive of offers from clubs like Marseille, Nantes and Monaco in France, Galatasaray, AS Roma and Leicester City. But he could be enticed by the amazing scenes of SJP?

Whether we need another young centre-back remains to be seen. But with youngsters, Lascelles and Mbemba having joined up with the squad this summer, I can’t imagine we’d go for someone who’s only played three full seasons of professional football. 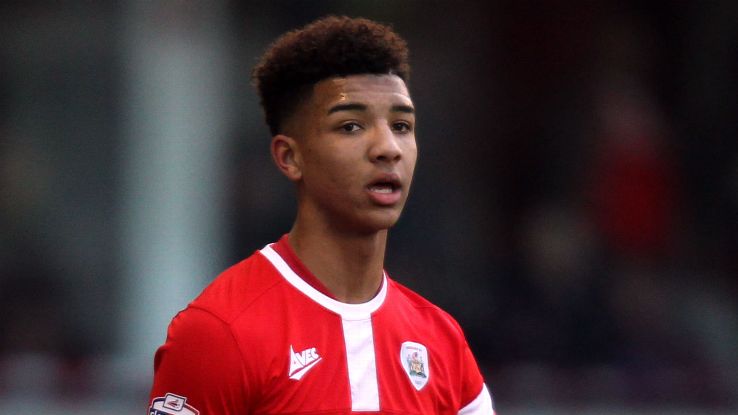 Last but not least, we have this morning been linked with Barnsley ‘wonderkid’ Mason Holgate, according to reports in various national papers. And there’s little surprise that he, too, is a defender.

The 18 year-old, who can play either in the middle or at right-back – has been in talks with Bournemouth this week over a supposed £1m move. But reports in the Mail claims that both Newcastle and Everton have made late offers for the youngster, and will rival Eddie Howe’s side for his signature.

Despite his young age, Holgate featured 22 times for Barnsley last season and has shown his positional versatility on numerous occasions.

Steve McClaren’s side have already added Ivan Toney to the youth ranks this summer, and it is likely that if they pursued their interest in Holgate he too would join the Under 21s squad. In a similar vein to Amartey, however, we are already well-stocked in the centre of defence, and it might seem strange if we were to build in this area with yet another youngster.

Though we are still reportedly looking to build in central and left defence, none of these name in particular seem to fit the bill. Though I love to see us linked with younger players, in the hope that we might be able to create a legacy instead of furthering the notion that we are a selling club, none of the above have the necessary experience to rival our current lot.

And considering how much we have already spent this Summer, I reckon our attention is likely to be focused elsewhere.

Then again, what do I know. Newcastle have made a habit of surprising the fans over the past few years (unfortunately, they have rarely been happy surprises…). So I guess we’ll have to wait and see; it could be interesting last few weeks of the transfer window.